Jimmy Failla: Anyone who thinks Harris and Buttigieg can win in 2024 is drunk

Symone Sanders, a senior adviser to Vice President Harris and her chief spokesperson, will depart at the end of the year, in a sign of growing turmoil within the office.

Sanders is the second top Harris aide to announce her departure in less than a month. Just two weeks ago, it emerged that Harris Communications Director Ashley Etienne had resigned. Harris has been plagued by poor approval ratings and questions from Republican critics about her competence.

"Symone has served honorably for 3 years," a White House official told Fox News. "First as a valuable member of the President‘s 2020 presidential campaign, then as a member of his transition team and now deputy assistant to the President and senior advisor/chief spokesperson to the Vice President."

The White House official also told Fox News that President Biden and Harris "are grateful for Symone’s service and advocacy" and said she "will be missed."

Symone Sanders at the University of St. Gallen, Switzerland. (Gian Ehrenzeller/Keystone via AP)

The official said 31-year-old Sanders will be "working through the end of the year."

Sanders, who moved to Washington, D.C. in 2014, was hired by progressive Sen. Bernie Sanders, I-Vt., as the national press secretary for his 2016 presidential campaign.

Vice President Kamala Harris speaks to members of the press as her press secretary Symone D. Sanders looks on at Greenville-Spartanburg International Airport on June 14, 2021. (Photo by Alex Wong/Getty Images)

Formerly, Sanders served as the chair of the Coalition for Juvenile Justice Emerging Leaders Committee and as a member of the Federal Advisory Committee on Juvenile Justice as she advocated for social and racial justice and highlighted economic inequality. 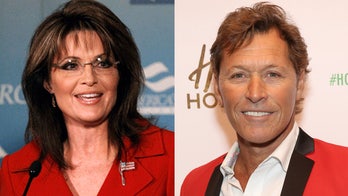 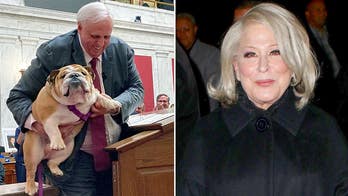 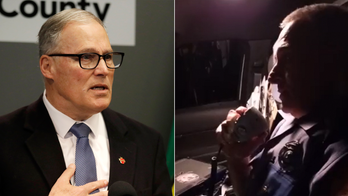 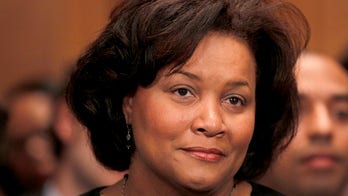