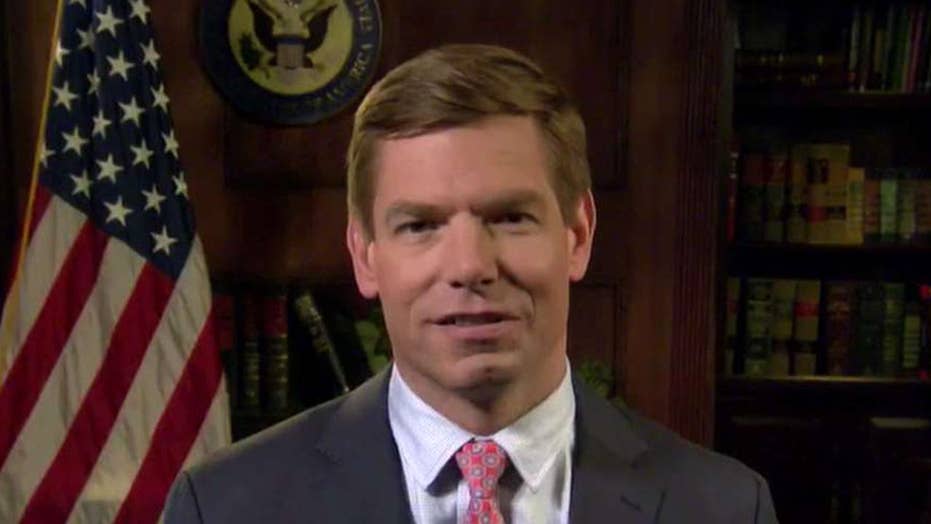 Swalwell: Trump was shielded from being charged by a DOJ policy

Rep. Eric Swalwell, D-Calif., might not be publically calling for President Trump's impeachment just yet, but thinks that the country is "ultimately ending up there."

During an appearance on "The View" Tuesday, the California Democrat fielded questions on the liberal gabfest about the potential of going down the impeachment path.

Co-host Joy Behar had asked Swalwell why he, unlike other Democrats on the House Judiciary Committee, refused to call for impeachment.

Their discussion occurred as Democrats amplified their calls for impeachment after Special Counsel Robert Mueller spoke about his controversial report on the Russia investigation.

Swalwell stopped short of calling for Trump's impeachment but noted that he was the only presidential candidate who would try an impeachment case against Trump since he served on the House Judiciary Committee. He also called Treasury Secretary Steve Mnuchin and Attorney General William Barr "front-door obstructors."

"I think they're front-door obstructors and they're holding ... the evidence we need right now. I firmly believe, as a former prosecutor, no one is above the law and there has to be consequences when people break the law," he said.

Mnuchin, along with former White House counsel Don McGahn, refused to comply with a congressional subpoena as part of Democrats' investigation. Trump has also invoked executive privilege in blocking the House Judiciary Committee from receiving documents related to the investigation.