COLUMBUS, Ohio – Joseph Helle was expecting a different sort of reception when he returned home from Army tours in Iraq and Afghanistan and showed up to vote in his small Ohio town near Lake Erie.

His name was missing from the voting rolls in 2011, even though Helle had registered to vote before leaving home at 18 and hadn't changed his address during his military service.

Helle, now the mayor of Oak Harbor, Ohio, is among thousands of state residents with tales of being removed from Ohio's rolls because they didn't vote in some elections. The Supreme Court will hear arguments Jan. 10 in the disputed practice, which generally pits Democrats against Republicans.

Containers for secure ballot handling sit on pallets at the Franklin County Board of Elections in Columbus, Ohio, Dec. 14, 2017. (Associated Press)

The case has taken on added importance because the parties have squared off over ballot access across the country. Democrats have accused Republicans of trying to suppress votes from minorities and poorer people who tend to vote for Democrats. Republicans have argued that they are trying to promote ballot integrity and prevent voter fraud. Only a handful of states use a process similar to Ohio's, but others could join in if the high court sides with the state.

Adding to the mix, the Trump administration reversed the position taken by the Obama administration and is now backing Ohio's method for purging voters.

Helle, 31, describes himself as a "red-state Democrat" and did not vote for President Donald Trump or Democratic nominee Hillary Clinton in the 2016 election.

"I'm not one of these people that flaunts their military service, by any means. But to be told I couldn't do one of the fundamental rights I went off and served this country for was just appalling," Helle said, recounting his reaction after being dropped from voter registration rolls.

"I'm not one of these people that flaunts their military service, by any means. But to be told I couldn't do one of the fundamental rights I went off and served this country for was just appalling."

Ohio has used voters' inactivity to trigger the removal process since 1994, although groups representing voters did not sue the Republican secretary of state, Jon Husted, until 2016. As part of the lawsuit, a judge last year ordered the state to count 7,515 ballots cast by people whose names had been removed from the voter rolls.

A federal appeals court panel in Cincinnati split 2-1 last year in ruling that Ohio's process is illegal. In May, the Supreme Court agreed to hear the case.

Under Ohio rules, registered voters who fail to vote in a two-year period are targeted for eventual removal from registration rolls, even if they haven't moved and remain eligible. The state says it removes names only after local election boards send notices and there's no subsequent voting activity for the next four years. Ohio argues this helps ensure election security.

"It's important for us to keep up-to-date, accurate voter logs," said Aaron Sellers, a spokesman for the Franklin County Board of Elections in Ohio's largest county.

Helle said he had no idea his name had been dropped and said he mailed in absentee ballots in some years and not others. His local elections board said it has no record that Helle voted while he was away. 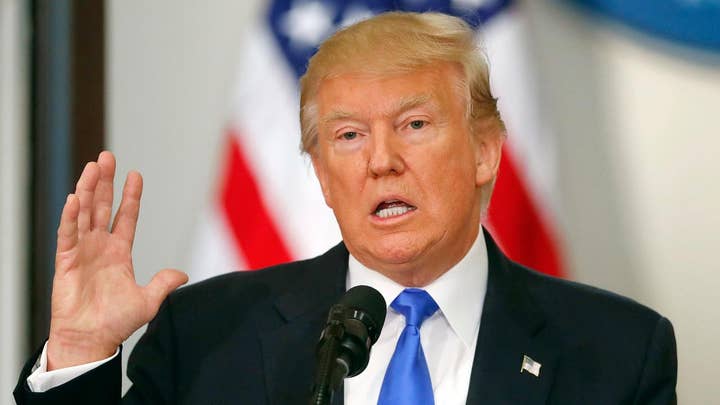 But even if he hadn't voted, Helle said, opting not to cast a ballot should be a voter's choice and shouldn't be penalized.

"That's part of the free-speech argument to me," he said. "Choosing not to vote is as important as choosing to vote. It's one way to say, I do not believe in what's going on here, or in either candidate, for instance."

The main argument on behalf of voters whose registrations were canceled is that federal voting law specifically prohibits states from using voter inactivity to trigger purges. The state "purges registered voters who are still eligible to vote," former and current Ohio elections officials said in a brief supporting the voters.

At the Supreme Court, voting cases often split the court's liberal and conservative justices. Civil rights groups contend that a decision for Ohio would have widespread implications because there is a "nationwide push to make it more difficult and costly to vote," as the NAACP Legal Defense and Educational Fund told the court. A dozen mainly Democratic states also want the Supreme Court to declare that Ohio's system violates federal law.

Ohio, backed by 17 other mostly Republican states, said it is complying with federal law. The state, where Republicans have controlled the secretary of state's office for all but four years since 1991, said it first compares its voter lists with a U.S. Postal Service list of people who have reported a change of address. The problem, the state said, is that some people move without notifying the post office.

So the state asks people who haven't voted in two years to confirm their eligibility. If they do, or if they show up to vote over the next four years, voters remain registered. If they do nothing, their names eventually fall off the list of registered voters.

The Trump administration said the practice complies with federal law because people are not removed from the rolls "by reason of their initial failure to vote." They are sent a notice, the administration said in its Supreme Court brief, but only removed if "they fail to respond and fail to vote" in the elections that follow the notice.

A decision in Husted v. A. Philip Randolph Institute, 16-980, is expected by late June.