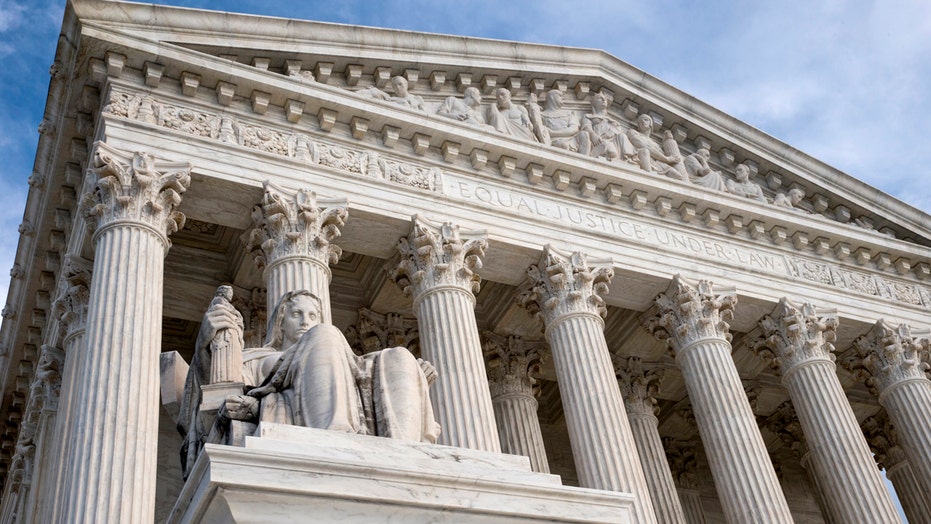 Dems vs. GOP on past obstruction

The Supreme Court appeared deadlocked Wednesday along ideological lines as justices weighed another legal challenge to ObamaCare -- this one, brought by a religious nonprofit that objects to paying for insurance covering birth control.

The case before the court is a hot-button trifecta — health care, abortion and religious freedom — and concerns ObamaCare's controversial contraception mandate.

The eight justices will decide whether religious-affiliated institutions like the Little Sisters of the Poor, a Catholic charity of nuns, can be exempt from having to pay for -- or indirectly allow -- birth control and other reproductive health coverage in their health plans.

But the First Amendment challenge coming amid an election-year vacancy at the Supreme Court leaves this legal fight very much up in the air, and may not be fully resolved until the vacancy is filled. A 4-4 split could leave the provision in place for now.

The 90 minutes of debate grew tense at times, highlighting the split on the current court. The justices drew ideological differences over the moral and administrative implications of the law, President Obama's signature domestic policy accomplishment.

"It can't be all my way. There has to be an accommodation, and that's what the government tried to do," said Justice Ruth Bader Ginsburg. She said creating an exception for the nuns would open the "floodgates" to make the law unworkable.

But Chief Justice John Roberts repeated the nuns' rhetoric when saying the plaintiff "has used the phrase 'hijacking,' and it seems to me that that's an accurate description of what the government wants to do." He said, "They want to use the mechanism that the Little Sisters and the other petitioners have set up to provide services because they want the coverage to be seamless."

Members of the Little Sisters of the Poor rallied along with their supporters in front of the court Wednesday, many carrying signs and buttons with "I'll Have Nun of It." Nearby were supporters of abortion rights and the Affordable Care Act.

While the LSP leaders are nuns, the charity employs hundreds of lay workers who otherwise may be eligible for the insurance service. Similar non-profits would include certain hospitals, parochial schools, and private faith-based universities.

Churches and other houses of worship themselves are already separately exempt outright under rules established by the Obama administration.

The high court two years ago said the Little Sisters and its third-party insurance administrator could remain temporarily exempt from the mandates, while lower courts continued to wrangle with the merits of the primary challenge to the federal health law provisions on contraception.

After ObamaCare was passed in 2010, the White House negotiated what it called a compromise aimed at allowing the medical coverage but also providing an administrative workaround for those opposing it. The central dispute revolves around a requirement these groups self-certify -- and sign a form authorizing an outside administrator to provide contraceptives without the employers' direct involvement.

In the early stages of the litigation, the Supreme Court issued a temporary order in January 2014, saying the administration could not enforce the mandates, at least temporarily.

The rules were designed by the administration to give women employed at nonprofit, religious-based organizations the ability to receive contraception through separate health policies with no co-pay.

Lawyers for the nuns and related plaintiffs, told the court Wednesday their clients faced a "moral dilemma" -- refuse to comply and face millions in crippling fines, or violate what all sides agree are the nuns' "sincerely held" religious beliefs.