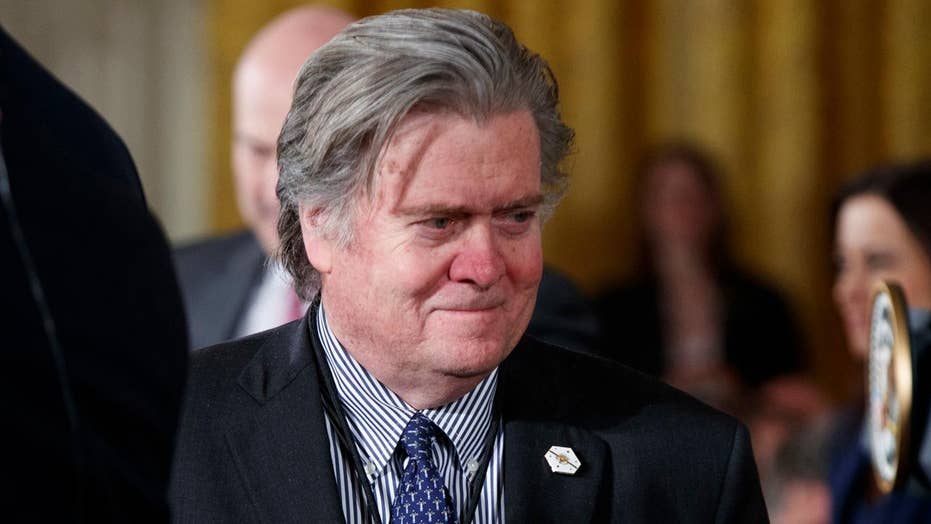 Bannon out as White House reshuffles the NSC

Bannon was put on the NSC’s “Principals Committee” as a check on former National Security Adviser Lt. Gen. Mike Flynn to make sure Flynn carried through with a directive to depoliticize the NSC, a senior administration official told Fox News.

Bannon only attended one meeting of the Principals Committee and Flynn was fired from his role in mid February after misleading Vice President Mike Pence about conversations he had with a Russian official.

With McMaster replacing Flynn, Trump saw no need for Bannon to stay on the committee as a check on Flynn, the official said.

Bannon is still permitted to go to NSC meetings.

On Wednesday, Vice President Mike Pence told Fox News' Martha MacCallum the move was not a demotion for Bannon.

"They are gonna continue to play important policy roles," Pence said, adding the move was "just a natural evolution to ensure the National Security Council is organized in a way that best serves the president in resolving and making those difficult decisions."

Bannon's promotion to a regular NSC seat proved to be a contentious move, with detractors questioning why a political adviser was being given a permanent voice on security issues.

Rep. Elijah Cummings, D-Md., released a statement Wednesday soon after the news came out. He called Bannon "wholly unqualified" to have been placed on the NSC in the first place and questioned if House Intelligence Committee Chairman Devin Nunes had any dealings with Bannon during his investigation of possible surveillance of the Trump team.

"We need to know what in the world is going on," Cummings said.

Homeland Security Adviser Tom Bossert also had his role reduced in the shakeup; however, Bossert can still call a meeting of the Homeland Security Council, remains on the Principals Committee and can attend NSC meetings, the administration official said.