Stefanik's E-PAC, is a PAC to recruit and elect more Republican women to Congress. Her endorsement of Timken is the first formal endorsement of a Senate candidate in E-PAC's history.

STEFANIK ROLLS OUT FIRST ROUND OF 2022 ENDORSEMENTS TO REPUBLICAN WOMEN, SAYS THEY WILL BE 'MAJORITY MAKERS'

"I'm thrilled to endorse Jane Timken because she is a true America First fighter with a proven record of taking it to the establishment and delivering for the Conservative agenda," Stefanik, R-N.Y., told Fox News. "Jane was a crucial team member in President Trump's fight to Make America Great Again, and I'm confident she is the strongest candidate to carry that America First torch and defeat Democrats’ Socialist agenda in November."

Stefanik described Timken as "tough as nails," and as someone who "will always fight for what she believes in." Stefanik also called her a "leader with integrity who will represent our Party proudly in Washington."

"I ask every Ohioan that is ready to take our country back to join me in supporting Jane Timken today!" Stefanik said.

Timken said she is "honored" to have Stefanik's endorsement, saying she is "leading the charge on key issues important to American families whether it be economy, safer communities, or parents' rights in education."

"I look forward to standing shoulder to shoulder with her as we fire Nancy Pelosi and Chuck Schumer and usher in a stronger, more prosperous America for all," Timken said.

TRUMP TO BE 'VERY INVOLVED' IN 2022 MIDTERMS, SAYS HE 'WILL STAY BUSY FOR GOOD PEOPLE'

Timken, who served as the Ohio Republican Party Chair from 2017 to 2021, announced her Senate run in February 2021. 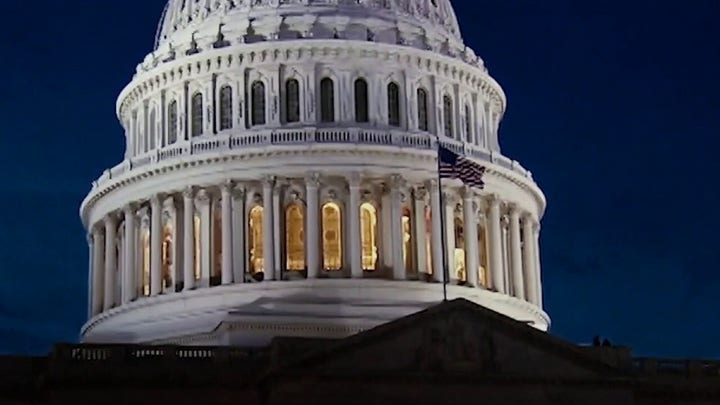 Timken also landed a major endorsement from a leading Republican politician in August, when Fox News was first to report that South Dakota Gov. Kristi Noem was backing her.

Meanwhile, Stefanik founded E-PAC after the 2018 midterm elections to "recruit, engage, empower, elevate and elect more GOP women to office." Since its founding, E-PAC has raised and donated more than $3 million for GOP women candidates.

In 2020, E-PAC helped more than double the number of GOP women in Congress in what President Trump called 2020, "The Year of the Republican Women." 11 out of the 15 seats that flipped red were won by E-PAC endorsed Republican women.

Stefanik, in November, rolled out her first round of E-PAC endorsements to elect more Republican women to Congress in 2022.

"E-PAC’s endorsed candidates are determined to build on the historic success of last cycle, when we more than doubled the Republican women elected to Congress," Stefanik told Fox News in November. "In 2020, GOP women were history makers, and in 2022, GOP women will be majority makers."

More Republican women than ever before joined the 117th U.S. Congress after dominating the 2020 elections, making history for the highest number of women in the House of Representatives.

Stefanik’s office told Fox News that 11 out of the 15 seats that flipped red in 2020 were won by E-PAC-endorsed Republican women.