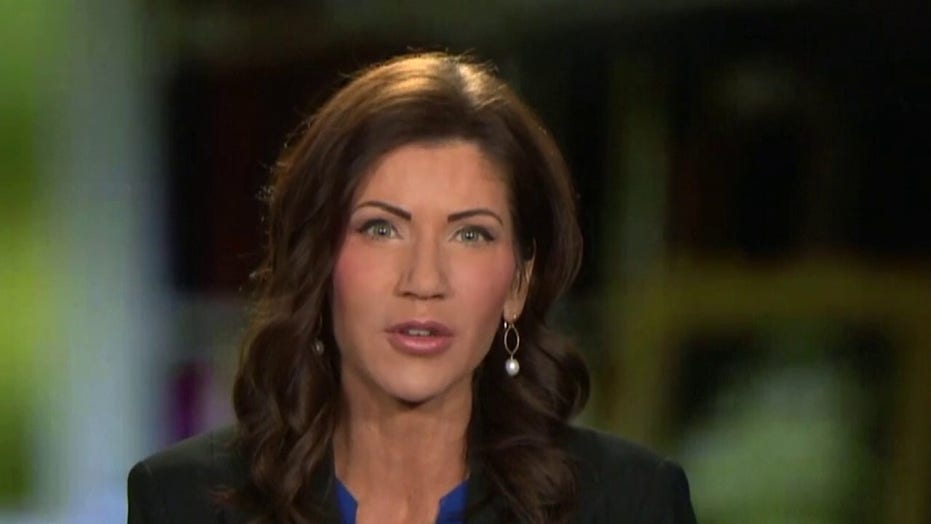 Gov. Noem's roadmap to get South Dakota 'back to normal’

'We never did shut down our businesses, we gave them an opportunity to be innovative,' says South Dakota Governor Kristi Noem discussing her plan to return to' normal'

“The State of South Dakota objects to tribal checkpoints on US and State highways regardless of whether those checkpoints take into consideration the safety measures recommended by” the South Dakota Department of Transportation, Noem wrote in letters to leaders of the Cheyenne River Sioux Tribe and the Oglala Sioux Tribe.

“Safety recommendations do not constitute consultation and they certainly do not equal agreement,” Noem added.

Both tribes have been allowing non-resident access to the reservations for essential business only -- with everyone required to fill out a health questionnaire.

SOUTH DAKOTA GOV. NOEM UNVEILS 'BACK TO NORMAL' PLAN, SAYS IT PLACES POWER IN 'HANDS OF THE PEOPLE'

Noem cited an April memo from the U.S. Department of the Interior’s Bureau of Indian Affairs in her letters that says tribes must enter into an agreement with the state government before restricting travel on U.S. highways.

“We are strongest when we work together; this includes our battle against COVID-19,” the governor said in a news release. “I request that the tribes immediately cease interfering with or regulating traffic on US and State Highways and remove all travel checkpoints.”

Frazier responded in a statement Friday.

"I absolutely agree that we need to work together during this time of crisis," Frazier wrote, "however you continuing to interfere in our efforts to do what science and facts dictate seriously undermine our ability to protect everyone on the reservation.

“The virus does not differentiate between members and non-members," he added. "It obligates us to protect everyone on the reservation regardless of political distinctions. We will not apologize for being an island of safety in a sea of uncertainty and death."

"We will not apologize for being an island of safety in a sea of uncertainty and death."

South Dakota is one of a handful of states that never issued a stay-at-home order, although both tribes have.

“We’d be interested in talking face to face with Governor Noem and the attorney general and whoever else is involved,” Chase Iron Eyes, a spokesman for Oglala Sioux President Julian Bear Runner, said, according to the Argus Leader of Sioux Falls.

Noem “threatened the sovereign interest of the Oglala people when she issued an ultimatum,” Bear Runner said on Facebook on Saturday, according to Time. “We have a prior and superior right to make our own laws and be governed by them."

He added he believes the tribe is in full compliance with the Department of the Interior’s memo because the tribe hasn't "closed non-tribal roads or highways owned by the state of South Dakota or any other government.”

There were at least 169 coronavirus cases among Native Americans out of 3,145 total statewide and 31 deaths as of Friday, according to the health department.