Freshman Sen. Kyrsten Sinema, D-Ariz., was one of a number of Democrats to join Republican colleagues this week who called for the implementation of a pilot program that would work to quickly identify and deport migrants at the border who are judged not to have a valid asylum claim.

Sinema, along with Sen. Joe Manchin, D-W.Va., and Doug Jones, D-Ala., joined Republicans in writing to President Trump urging the implementation of Operation Safe Return -- a Department of Homeland Security pilot program that that would focus on quickly identifying, processing and returning family units who do not have valid asylum claims in the U.S.

“Through this program, we expect that we can meet our commitments to humanitarian protections while ensuring proper efficiency, timeliness, order, and fairness in the credible fear screening process,” the letter said. “We also expect that Operation Safe Return will help us examine current process deficiencies, identify required increases in capacity, and understand the drivers of migration.”

The program would allow DHS to remove family units within 15 days who are determined not to meet the criteria of “credible fear” of returning home necessary for an asylum claim. Those who are initially deemed to meet the “credible fear” criteria can often have their asylum cases go on for years.

The pilot program would have Border Patrol conduct interviews with migrants within three days of them being encountered between ports of entry, and have them processed and given a medical exam within four days. The "credible fear" interview shold occur within nine days.

"This pilot program would apply to families who aren't claiming 'credible fear,' which of course is the first threshold in seeking asylum," Sinema told The Arizona Republic. "If someone says 'I left my country because I can't make a living,' (or) 'it's hard to take care of my family' — that's what we call an economic migrant."

"As sympathetic as I am toward anyone who yearns for the freedom and opportunity that America provides, it is not possible to properly accommodate all who do. Those who enter our country illegally without a valid asylum claim, put themselves and our society at risk," Johnson said in a statement.

"The goal of our policies should be to reduce the overwhelming flow of illegal migration and convert it to a controllable number of legal immigrants. Hopefully, Operation Safe Return will convince Central Americans, that on a bipartisan basis, America will do everything we can to prevent human traffickers from exploiting our laws and abusing immigrants seeking a better life,” he said.

The bipartisan push comes amid a continuing crisis on the southern border, with tens of thousands of migrants being encountered and apprehended at the border each month. The Trump administration has focused its efforts on trying to end “loopholes” in which family units who meet the initial credible fear test are released into the U.S. as cases are processed.

This week, the Trump administration announced a policy that requires most migrants entering through America’s southern border to first seek asylum in one of the countries they traversed – whether in Mexico, in Central America, or elsewhere on their journey. 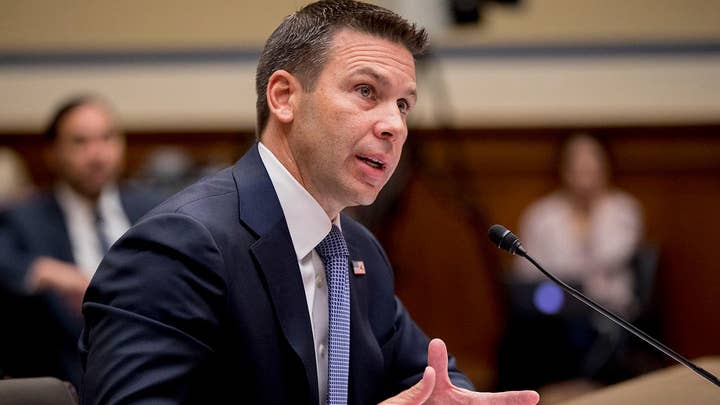 Democrats meanwhile have focused more on the humanitarian aspect of the crisis, and have been extremely critical of the conditions in detention facilities, as well as Immigration and Customs Enforcement (ICE) operations in the homeland.

Sinema told The Republic that the idea was in response to a meeting with administration and White House officials who she said were focused on changing asylum laws and challenging the 1997 Flores agreement that set standards for treatment of migrants and how long minors can be held in custody.

"I just felt those weren't the right answers," she said. "We wanted to solve the problem. We wanted to protect the asylum process for valid applicants ... and we want to respect the Flores decision."

Sinema has frequently bucked her own party since becoming senator in the typically red-leaning state, even amid a deeply partisan divide in Congress. In April she tweeted that “we must secure the border with a comprehensive, smart, bipartisan approach.”

In February, she was one of only a few Democrats who voted to confirm Barr. In April she came out firmly against launching impeachment hearings against President Trump in the wake of Special Counsel Robert Mueller’s Russia report.

“No,” she said when asked by The Arizona Republic. When asked why, she said: “Everyone knows.”