“Tlaib's presence on 'Late Night' is unsurprising, as the show has become something of a safe haven for unaccomplished freshman reps with very specific opinions about a certain ethnicity,” David Harsanyi, a senior editor at the Federalist, wrote for Creators Syndicate. 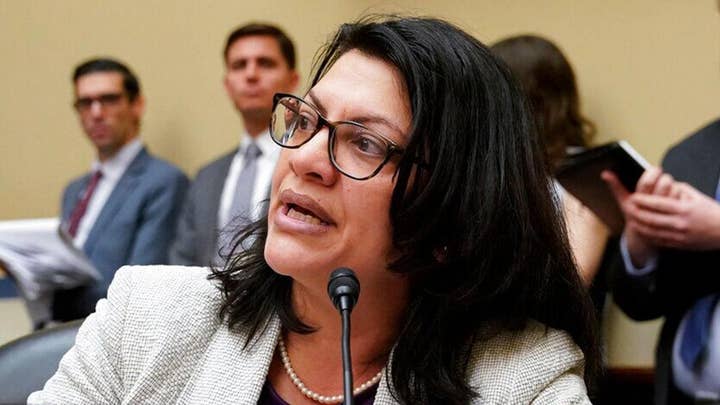 Tlaib, 42, the first Palestinian-American woman and one of the first two Muslim women to serve in Congress, had received flak for using that same phrase, “safe haven.” Critics took exception after the congresswoman told podcasters she gets “a calming feeling” when she thinks of the Holocaust and claiming Palestinians created a “safe haven” for Jews.

"There’s always kind of a calming feeling I tell folks when I think of the Holocaust, and the tragedy of the Holocaust, and the fact that it was my ancestors — Palestinians — who lost their land and some lost their lives, their livelihood, their human dignity, their existence in many ways, have been wiped out, and some people's passports," Tlaib said on a podcast called "Skullduggery."

Harsanyi argued that, during the late-night interview, Meyers framed the anti-Semitic controversy in a way that depicted Tlaib as being “victimized” before then allowing Tlaib to further spin her comments -- while ignoring the true history of the formation of Israel.

Meyers had previously drawn criticism when he and Meghan McCain, co-host of ABC's "The View," got into a testy exchange over comments by Rep. Ilhan Omar, D-Minn., the other female Muslim member of Congress, who has also been accused of anti-Semitism.

"Are you her publicist?" McCain reacted at one point, as Meyers repeatedly defended Omar. "Are you her press person?" 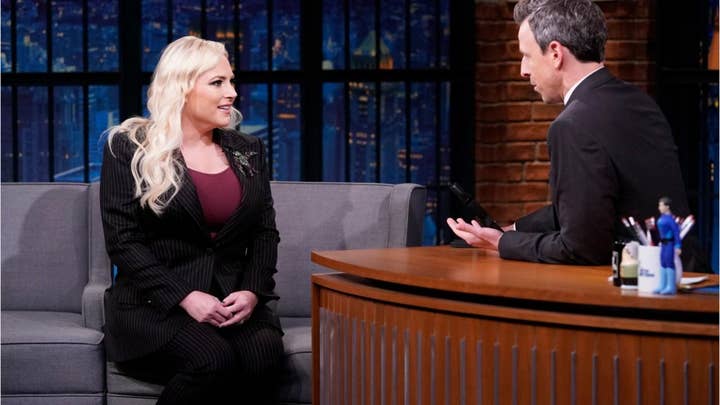 During the Tlaib interview, Meyers “once again acted as a PR rep,” while Tlaib repeated “the myth that Palestinians, who had in reality aligned themselves with Nazis to kill Jews in Europe, worked to keep Jews in concentration camps and massacred them in pogroms, 'provided' Jews a safe haven,” Harsanyi writes.

Others also have taken aim at Meyers.

"I love watching Seth Meyers drool over Tlaib one week after he decided to arm-wrestle Meghan McCain over criticizing Ilhan Omar and then do the 'I just want to find common ground' routine. Just precious," wrote David Rutz, managing editor of the Washington Free Beacon.

Harsanyi alleged that Meyers tried to insinuate that Tlaib’s initial “obnoxious statements” about the Holocaust were “really just suffering from contextual problems.”

“I assume Meyers knows as much about early Zionist history as a cucumber, but if you're going to take on big topics, then you have a responsibility to bone up or your audience might be misled,” the columnist wrote.