Sen. Tom Udall, D-N.M., announced Monday that he will not seek re-election in 2020 – vacating a seat he’s held since 2009 and ending a career in Washington that spans decades.

Udall, 70, a member of one of the American West’s most prominent political families and cousin of former Democratic Sen. Mark Udall of Colorado, said in a statement that he plans to use his final years in the Senate to tackle the “three real crises” facing the country.

HUNDREDS IN NEW MEXICO CALL FOR END OF FAMILY DETENTIONS

“I see these next two years as an incredible opportunity,” Udall said. “Without the distraction of another campaign, I can get so much more done to help reverse the damage done to our planet, end the scourge of war, and to stop this president’s assault on our democracy and our communities.”

He added: “These are three real crises that are happening right now and are threatening the very foundations of our great nation. If we don’t do something, it will soon be too late.” 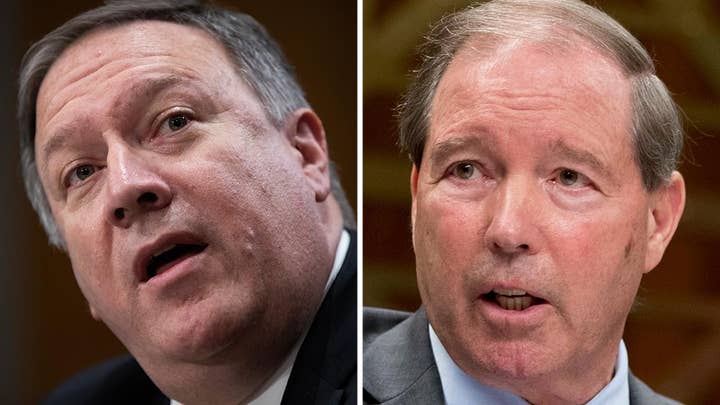 It is unclear who will run to fill the seat being vacated by Udall, but the race is seen as a likely easy pick-up for the Democrats.

The Cook Political Report puts the 2020 Senate race in New Mexico in the “solid” Democratic column and last year Sen. Martin Heinrich, D-N.M., easily carried the state by more than 20 points to win his second term in the Senate.

Currently, no member of the New Mexico congressional delegation is a Republican.