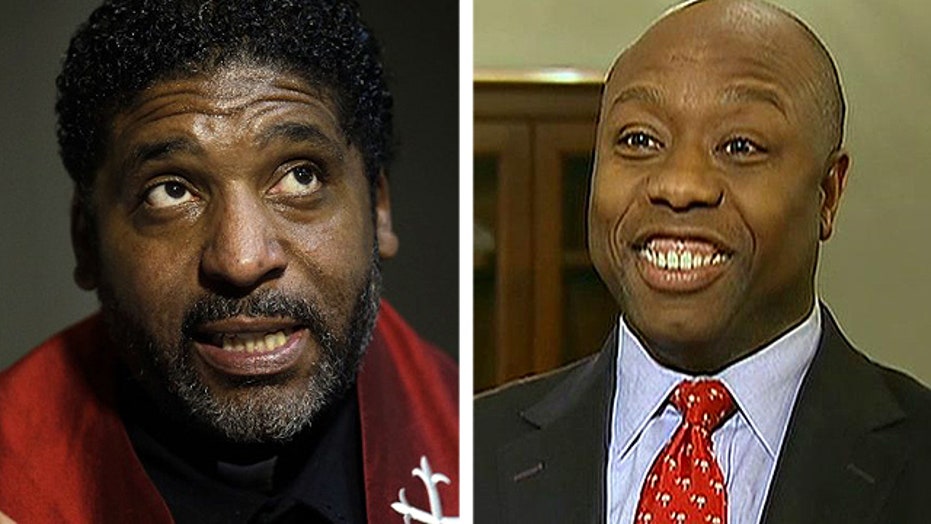 Tim Scott: Conservatives of color 'frightening' to the left

Sen. Tim Scott told Fox News’ Greta Van Susteren Thursday night he finds the recent accusation by North Carolina NAACP Director Rev. William Barber that the GOP uses people of color as mouthpieces “ridiculous,” and he is concerned about the effect such comments are having on kids.

Scott, R-SC, said on “On the Record” Barber’s comments and comments like it are troublesome because they encourage “monolithic” thinking in poor, black communities.

“That should be challenged every time it comes out because it’s just wrong,” Scott said, “and the impact of those comments on people who are looking for a way out of poverty or looking for a way to expand their opportunities, looking to start a new company, they’re told very quickly: Don’t be different.”

Scott said his time in public office has taught him that such attacks aren’t personal.

“It’s perhaps that we’re striking some fear because here’s a conservative guy who is bald talking about policies that move people forward, maybe that’s what they’re concerned about and not the melanin in my skin,” he said.