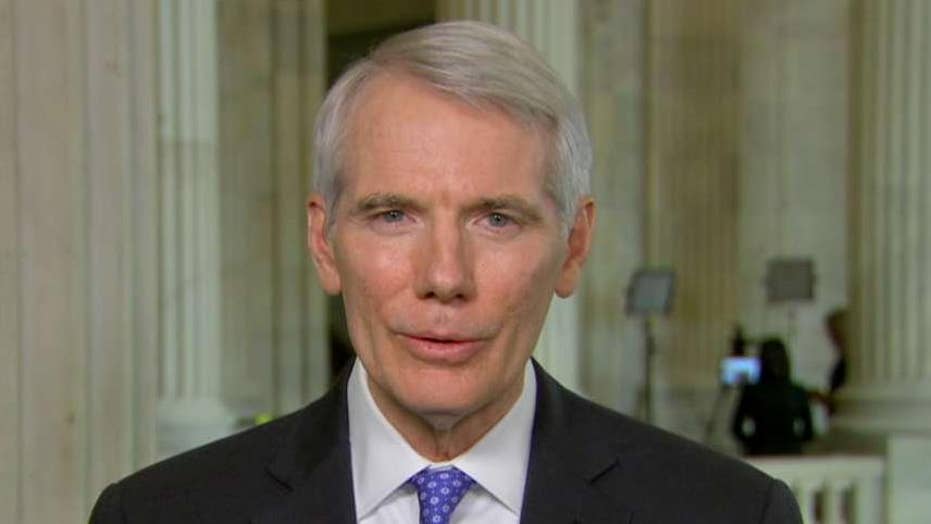 Sen. Portman: Money is not enough to address the border crisis

Senator Rob Portman, R-Ohio, said on “Your World” Tuesday that money is not enough to fix the situation on the U.S.- Mexico border and that the United States’ asylum laws need to be fixed in order solve the humanitarian crisis.

“Money is not enough because until you change the laws you'll continue to have this magnet, people come into United States,” Portman told guest host Sandra Smith.

Portman laid out the asylum situation and how he said it is adding to the problems with illegal immigration.

“Here's the problem, Sandra. When someone comes (to the) United States and they're a family from Honduras, Guatemala and El Salvador, they're being told by the traffickers, and it's true, you ask for asylum and then during the time at which you have to wait for your asylum hearing you're allowed to go into the United States into the community,” Portman said.

The senator added that around “85 percent” of those applying for asylum are turned down but that the process takes so long many disappear into the United States while the process is taking place.

Portman also reacted to President Trump speaking about family separation on the border and blaming his predecessor.

“The cages that were shown, very inappropriate, they were built by President Obama and the Obama administration –not by Trump,” Trump said Tuesday at the White House.

Portman supported Trump and once again noted it was up to Congress to enact change in order to solve these problems.

THE FAMILY CIRCLE OF SEPARATION

“I do not support separating the families but I do support changing that Flores decision so you can keep people in a family unit. That's the whole point. And that's what the president has called for. It requires a change in law. You can't just do it through executive action or more money,” Portman said.

“It's a change in the law to be able to say ‘well, Congress has looked at this. We've decided this is not working.’”