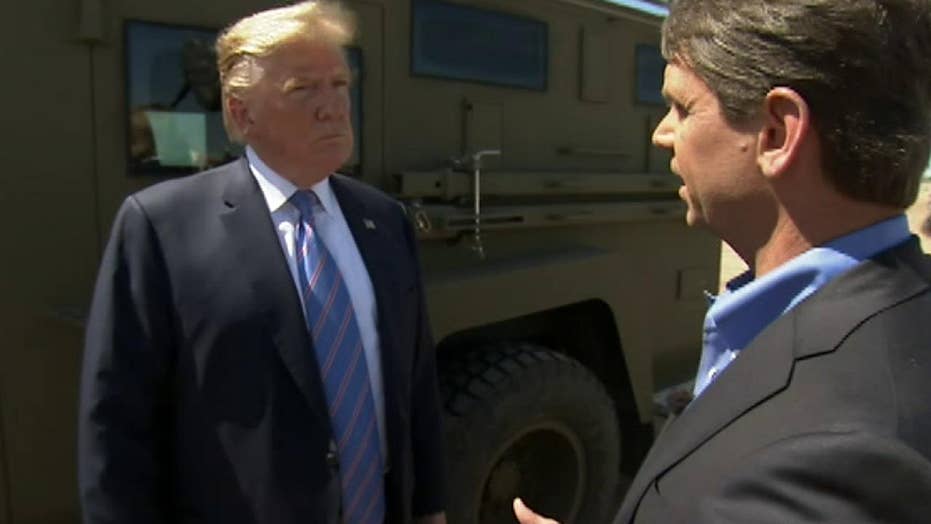 President Trump, in an interview with Fox & Friends that aired Saturday morning, declared the “country is full” and said the U.S. immigration system can no longer absorb a mass influx of illegal immigrants, but praised Mexico for stopping border crossings after his threat to shut down the U.S.-Mexico border.

“No, we're witnessing people that are going to be brought out of the country, the country is full,” Trump told Fox News’ Griff Jenkins after being asked whether the second generation of DACA (Deferred Action for Childhood Arrivals) is forming amid new immigrant arrivals, many accompanied by children.

“We have our system full. We can't do it anymore,” Trump continued, slamming the 1997 Flores settlement as “a horror show” for forcing the government to release migrant minors from detention after 20 days.

“We go by this horrible Flores situation. You know that decision is a horror show. We have to release after 20 days and we build big detention areas but they fill up immediately,” he said. 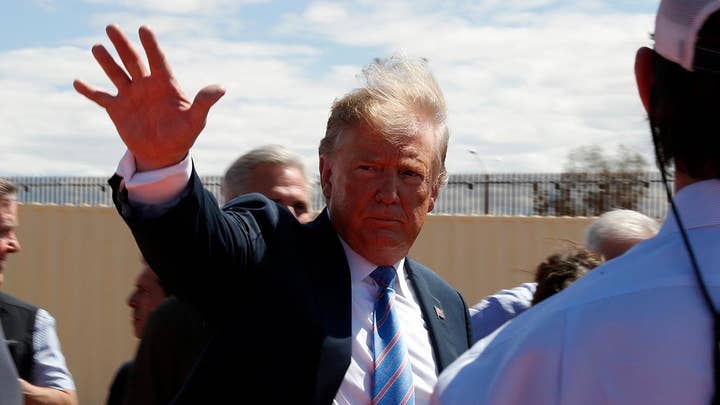 The comments come in the wake of an escalating immigration crisis, with data suggesting Customs and Border Protection is on track to apprehend almost 1 million illegal immigrants at the border this year, and threats to close the southern border.

Trump visited the border area in California on Friday, on his way to events in Los Angeles and Las Vegas. He blamed the border situation on the current immigration system and the Democrats' opposition to his border security measures.

“There's never been so many people coming up and that's because they're gaming the system and the system is changed for the worse because of what happened with Democrats and what they've done in terms of Congress,” Trump said.

“There's never been so many people coming up and that's because they're gaming the system and the system is changed for the worse because of what happened with Democrats and what they've done in terms of Congress.”

“So if we change the laws it would be very easy. But in the meantime, Mexico, if they stop the people from coming in, we won't have a lot of people coming at the border.”

Trump said he’s not interested in having a summit with Latin American leaders, as Mexico’s President Andres Manuel Lopez Obrador has shown progress in helping to combat illegal border crossings.

“No, no I don't need a summit. I think we've done very well without the summit,” he said, adding that presidents of Mexico, Honduras, Guatemala and El Salvador “understand” the seriousness of his administration and the aims to stop the illegal immigration.

“They understand we stopped. We're saving 550 million dollars. And I respectfully told and I thank him very much because for the last four days it's been great. You see that whole stream is drying up,” Trump said, referring to his warning days ago to close the southern border.

The full interview will be shown on "Fox & Friends," starting at 6 a.m. ET saturday.