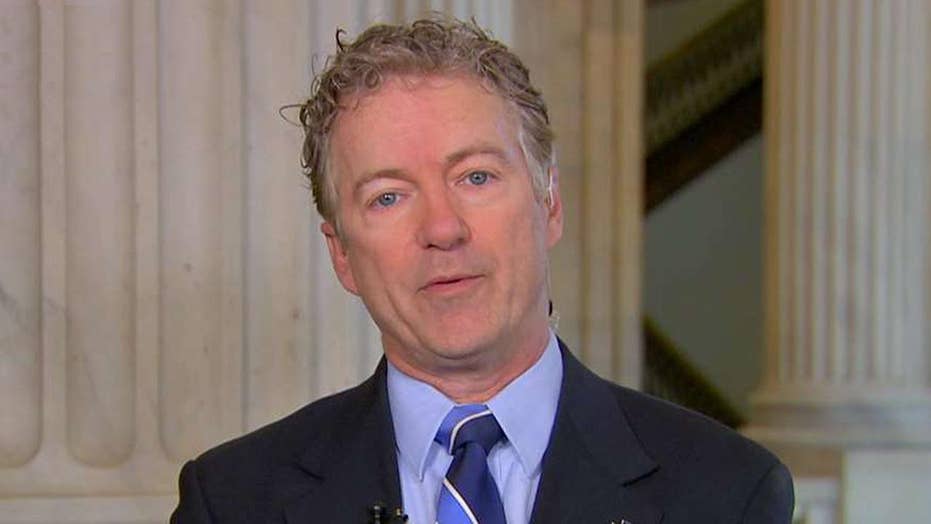 “Finally they decided well what we have to do is attach this dossier, this fake dossier, to an intelligence report. So now Obama is officially seeing it and then also it's given to Trump at this point. But realize that this is a big circle that had the dossier for months and months. So when John McCain is given the dossier it's given to him by people who may have leaked it from our government to John McCain, so John McCain and give it back to the FBI. I mean it's a crazy circle all trying to justify something that wasn't true.”

They tried to bring down a sitting president

Paul added, “But extraordinary power of these people and extraordinary corruption… they tried to bring down a sitting president.”

The senator originally tweeted about the allegation on Wednesday.

"BREAKING: A high-level source tells me it was Brennan who insisted that the unverified and fake Steele dossier be included in the Intelligence Report... Brennan should be asked to testify under oath in Congress ASAP," Paul wrote.

Brennan, appeared on MSNBC’s “Morning Joe” on Monday and lamented he may have received “bad information” that led him to predict the president or members of his staff would be indicted when the Mueller report was released.

Brennan earlier this month appeared on MSNBC’s “The Last Word” and said a “criminal conspiracy involving the Russians” was developing during his tenure as CIA director.

The Kentucky senator says his source is “someone who has a great deal of information about what's been going on” adding that “nobody knows the complete picture yet.”

Paul also said he supports President Trump’s plan to release the full and unredacted Foreign Intelligence Surveillance Act (FISA) warrants and related documents used by the FBI to probe his campaign and figure out how the Russia collusion narrative began.

Paul also supports the full Mueller report being released but only in conjunction with the Obama era information.

“I'm okay with the Mueller report coming out completely. But in addition, we need to have information on Obama White House officials, Comey, Brennan, Clapper. That should be part of it because the report is the conclusion at the beginning is why did we get to the report in the beginning. And if someone misused their office,” Paul said.

“So Democrats want the complete Muller report. I'm going to object until we get a complete report of all the Obama era officials that got this thing started.”