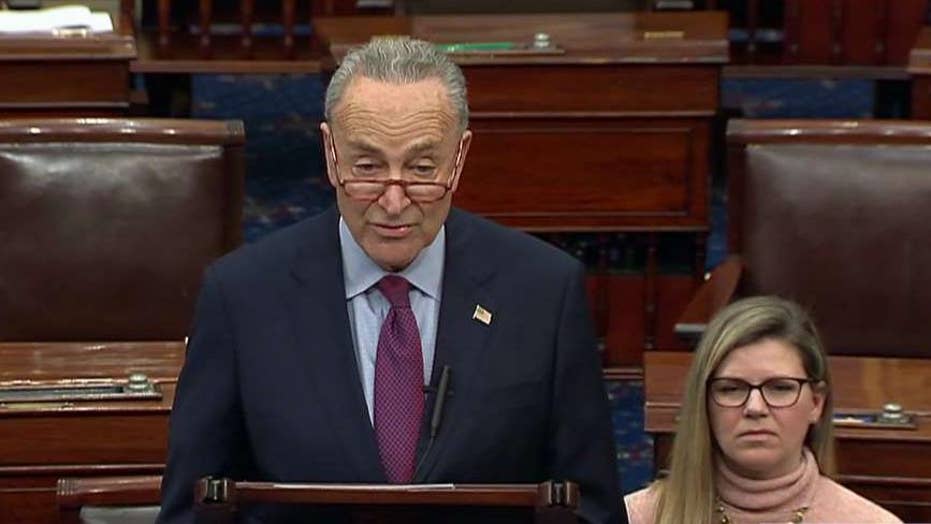 Democrat Sen. Minority Leader Chuck Schumer questions why Majority Leader Sen. Mitch McConnell is afraid to call witnesses in an impeachment trial, suggesting Republicans' case is so weak that no one will defend President Trump under oath.

Sen. Chuck Schumer on Monday took up his push to have the Senate issue subpoenas that demand testimony from top Trump administration officials during the Senate impeachment trial after a new report claims to detail what occurred inside the administration during the decision to freeze aid to Ukraine.

The email showed a push to place aid on hold after Trump made his request for Ukraine's help in political investigations. The House voted to impeach Trump earlier this month on obstruction of Congress and abuse of power.

Schumer on Monday pointed to a New York Times report published Sunday that claimed that Trump went forward with freezing the aid despite warnings from his top staffers, including Secretary of State Mike Pompeo and his former adviser John Bolton.

Schumer was likely referring to the report that said Mulvaney wrote an email to Blair on June 27 inquiring about "the money for Ukraine and whether we can hold it back?" Blair reportedly responded that it was possible but warned him to "expect Congress to become unhinged," and further the narrative that the president was pro-Russia, the report said.

Trump has insisted he did nothing wrong regarding Ukraine and said his intention was to determine whether of not Kiev was making good on its promise to crack down on corruption. He called the entire process a "hoax." 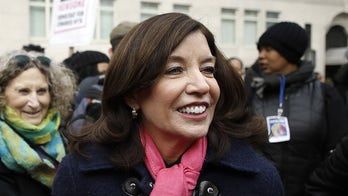