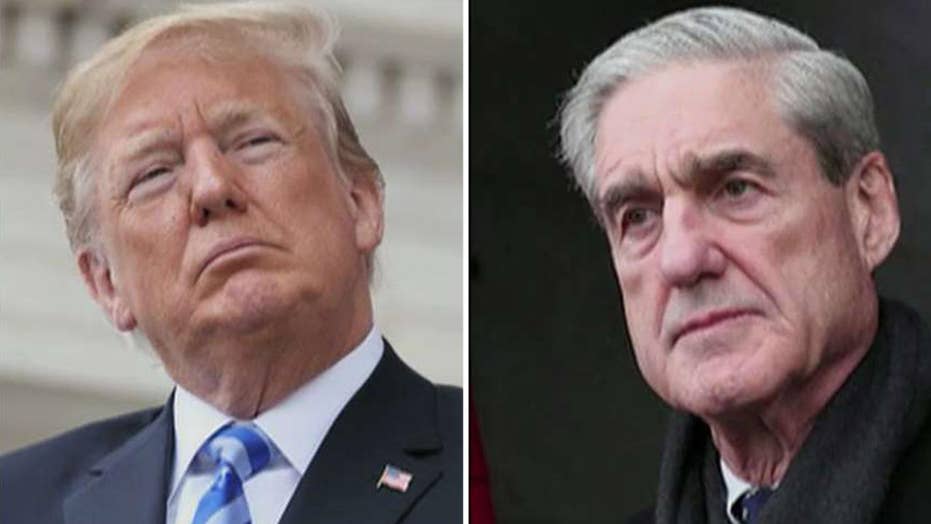 Days after he told The New Yorker that Deutsche Bank was an "obvious place to start" when he begins making records demands next month, Schiff suggested that there had to be some reason that the German banking giant was willing to work with the Trump Organization.

"The concern about Deutsche Bank is they have a history of laundering Russian money," Schiff said on NBC's "Meet the Press."

He continued: "They paid hundreds of millions of dollars in fines to the state of New York, because they were laundering Russian money. And this apparently is the one bank that was willing to do business with the Trump Organization. Now is that a coincidence?"

Last month, the Frankfurt-based lender was raided as part of a lengthy money laundering probe related to the Panama Papers disclosures, the reveal of millions of documents that exposed how the world's wealthiest politicians and business leaders hide their money.

The episode had no apparent link with the White House or Trump, but it made headlines in the U.S. because Deutsche Bank has loaned the Trump Organization substantial sums of money in the past.

“Who is the principle financier of the Trump organization for the past 20 years? Deutsche Bank,” Fox News judicial analyst Andrew Napolitano said earlier this month. “Now, I don’t know if there’s a connection. You know the means by which American federal prosecutors could contact their colleagues across the pond and get a warrant served. All this stuff is kept under wraps until we get to it.”

He added: “The president himself should be extremely uncomfortable about this. Not for his son or son-in-law, as much for himself."

In 2017, regulators in the U.S. and Britain fined Deutsche Bank $700 million for operating with widespread and "well-known" vulnerabilities in its anti-money laundering screening practices -- weaknesses that reportedly continued more than a year later, potentially allowing the bank's clients to evade scrutiny as to their identity and the source of their wealth.

At a conference in 2008, Donald Trump, Jr., reportedly remarked, "In terms of high-end product influx into the U.S., Russians make up a pretty disproportionate cross-section of a lot of our assets. ... Say, in Dubai, and certainly with our project in SoHo, and anywhere in New York. We see a lot of money pouring in from Russia."

"What do we make of what the president's sons are reported to have said about not needing to deal with U.S. banks, because they got all the cash they needed from Russia, or a disproportionate share of their asssets coming from Russia?" Schiff asked. "If this is a form of compromise, it needs to be exposed."

Trump has mocked Schiff as "Little Adam Schitt" and repeatedly denounced the Russia probe as a "witch hunt."

Although former Trump campaign chairman Paul Manafort was convicted earlier this year in the Mueller probe on several bank fraud charges stemming from his bank applications and work overseas, none of the financial misconduct unearthed by Mueller was linked to collusion by the Trump campaign with Russian officials.