The Bernie Sanders and Ted Cruz campaigns vowed to fight all the way to their respective party conventions despite losing big in Tuesday’s New York primaries – rebuffing taunts from their rivals that they’re just about mathematically eliminated from the race.

Indeed, after coming in a distant third in New York, Cruz has no real path to overtake Donald Trump in the Republican race before the July convention. On the Democratic side, Sanders would have to win 73 percent of the remaining delegates and uncommitted superdelegates to catch Hillary Clinton.

Clinton could actually lose every remaining primary in the coming weeks and still clinch the nomination. Next up are primaries in Pennsylvania, Maryland, Connecticut, Rhode Island and Delaware next week. Clinton moved quickly to cast herself as the all-but-certain nominee.

"The race for the Democratic nomination is in the home stretch, and victory is in sight," she told supporters at her victory party in Manhattan on Tuesday night. A campaign aide, on the sidelines, said Sanders has no mathematical chance of a comeback.

Trump declared at his own victory party across town, “We don’t have much of a race anymore.”

Yet Cruz and Sanders were recalibrating their approach and their rhetoric, seemingly preparing to press on.

Appearing to acknowledge he could no longer clinch the nomination pre-convention, Cruz said Wednesday: “We are definitely headed to Cleveland. And in Cleveland, the people are gonna prevail.”

His campaign is likely back to concentrating on the delegate-selection process in order to strengthen its position going into Cleveland.

If Cruz – and Ohio Gov. John Kasich – can hold Trump under the 1,237 delegates needed to clinch the nomination before then, the Texas senator aims to have delegate allies in place from across the country who would peel off from Trump and support him after the first round of voting. Further, his campaign is courting “unbound” delegates in several states – most recently in Pennsylvania, which votes next week and does not bind most its delegates to the primary results – in hopes they would also flock to him in the event of a floor fight.

The maneuvers have only strengthened Trump’s resolve to go on a huge winning streak in the coming weeks, racking up delegates in hopes of reaching the 1,237 threshold and ruling out the possibility of a contested convention. According to The Washington Post, an internal Trump memo projects Trump would get more than 1,400 delegates on the first round of balloting to secure the nomination.

Meanwhile, Sanders, presuming he cannot clinch the nomination himself before the Philadelphia convention, is pursuing a tricky strategy.

"We're going to go to the convention,” campaign manager Jeff Weaver said on MSNBC. But the Sanders campaign seems to be relying on the prospect of winning over superdelegates, the party insiders and officials free to support whomever they want.

Clinton holds an overwhelming lead among them and is well-positioned to reach the 2,383 total delegates needed by the end of primaries in June, counting both superdelegates and pledged. Sanders officials seem to be raising the bar, though, suggesting she would need 2,383 pledged delegates to truly clinch the nomination.

But Clinton aide Jennifer Palmieri said the former secretary of state will continue to hold the pledged-delegate lead as well. And after a campaign period marked by an increasingly bitter tone between the two campaigns, she accused Sanders of going down a  “destructive path” during the New York race.

Including superdelegates, the race stands at 1,930 for Clinton and 1,189 for Sanders.

Sanders, though, has given some mixed signals on the heels of his New York loss.

He took a day off from the campaign trail Wednesday to return to Vermont.

And senior adviser Tad Devine, calling next week a “big week,” said: "We'll see how we do there and then we'll be able to sit back and assess where we are."

But Sanders continued to claim in fundraising memos they could still win.

He told reporters after landing in Burlington, Vt., that he’d get recharged in Vermont, and thinks he can do well in the five primaries next week. He plans to return to the campaign trail in Pennsylvania on Thursday.

Few in the Democratic Party expect Sanders to exit the race formally before the final contests in June. He continues to attract tens of thousands to rallies -- addressing more than 28,000 in Brooklyn two days before the primary. And he continues to raise millions of dollars, giving him fodder for a persistent fight. 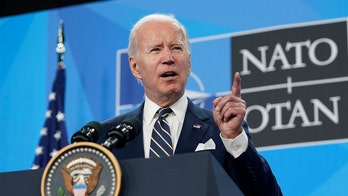 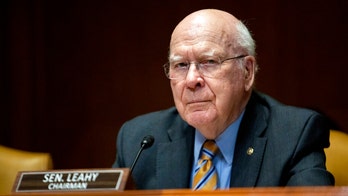 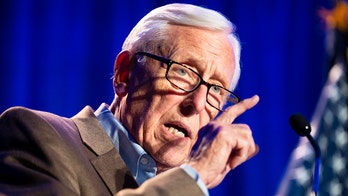