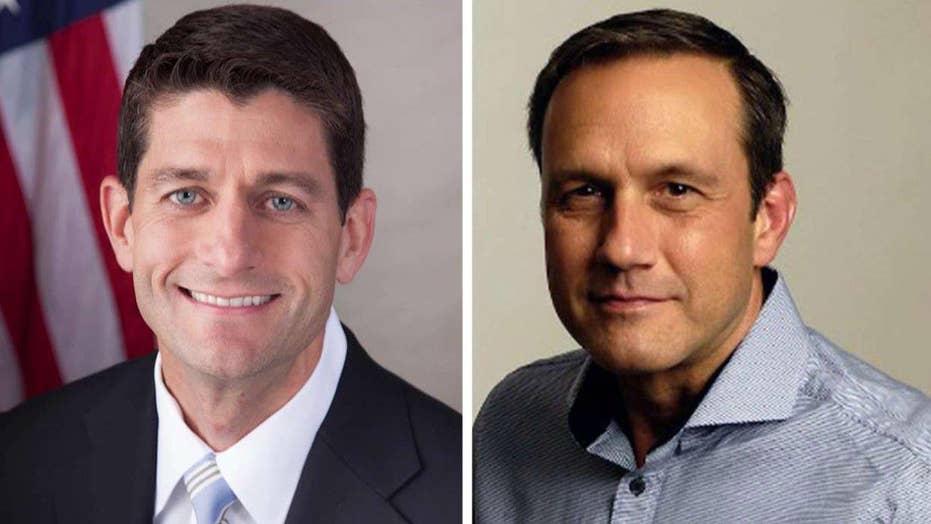 Paul Nehlen explains why he is running on 'Fox & Friends'

Paul Nehlen, who failed to unseat House Speaker Paul Ryan in last week’s state GOP primary, is reportedly set to make good on his vow to stay in the political arena, planning a news conference for Monday to announce the formation of a super PAC that will challenge Republican leadership and back Donald Trump.

A Nehlen aide said the political action committee is a grassroots effort with the primary objectives of electing a Republican president and putting those who would work against the Republican nominee on notice.

“Any political leader who would work against Donald Trump is working for Hillary Clinton,” the aide said.

Nehlen, a conservative businessman, was never really in contention to deny Ryan a 10th term in the state’s 1st Congressional District, trailing by as much as 80 percentage points, then losing by roughly the same margin Tuesday.

However, a Twitter shout-out by Trump thanking Nehlen for his support drew the attention of the national media, outside donors and marquee conservative mavericks like Sarah Palin and Ann Coulter.

Palin and Coulter were among those also looking for an upset similar to GOP House Majority Leader Rep. Eric Cantor’s 2014 loss in Virginia -- despite just one Wisconsin House member losing a reelection bid since 1950.

Nehlen's group will be named Citizens Revolt PAC, and Nehlen will serve as chairman, according to The Washington Post, which first reported the story.

“We are absolutely going to make sure Paul Ryan is being held accountable to the people,” Nehlen told FoxNews.com on Saturday. "You’ll be hearing from me shortly … like in less than week.”

A Ryan spokesman declined to comment for that story.

The Nehlen aide said the PAC aims to raise into the seven figures and “spend every available dime on communications and ground operations in key swing states in an effort to elect Donald Trump."

Said Nehlen: "Millions of hard-working Americans have had enough of the Clinton dynasty, and they've had enough of career politicians colluding to keep outsiders like Donald Trump … out of power."