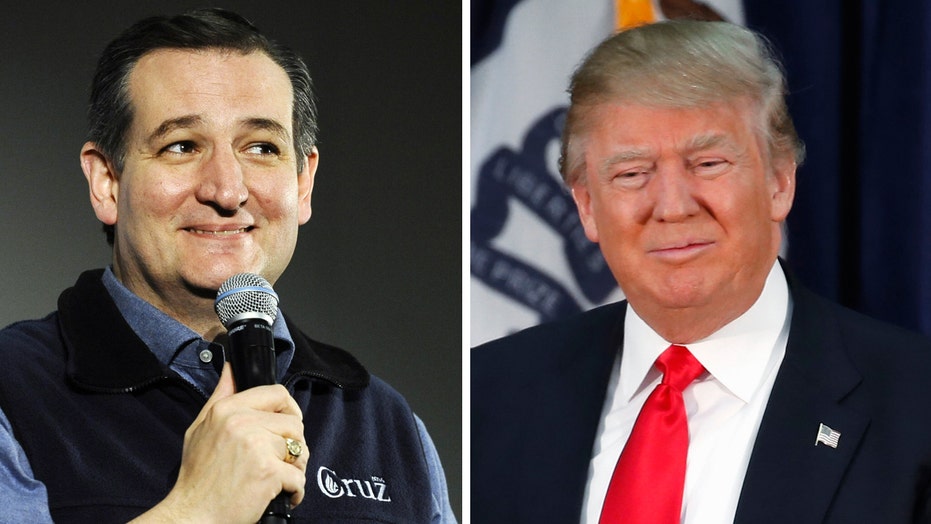 Why the polls got it wrong in the Iowa caucuses

Donald Trump, despite conceding defeat to Ted Cruz Monday night in Iowa, is now accusing the Texas Republican senator of stealing the race – and calling for either a new election to be held or the results to be nullified.

While the chances of either of those measures being taken may be slim, the billionaire businessman was referring to accusations from candidate Ben Carson that Cruz supporters falsely told caucus-goers the retired neurosurgeon was suspending his campaign, as well as a controversial Cruz mailer that accused Iowans of a “voting violation.” Trump blasted out a battery of tweets Wednesday morning challenging the results that showed Cruz the winner.

Trump later claimed “he cheated,” while Cruz fired back that the billionaire businessman was having “yet another #Trumpertantrum.” Speaking Wednesday afternoon with reporters, Cruz dismissed Trump’s “insults” and questioned his “temperament.”

The development comes as, on the Democratic side, Vermont Sen. Bernie Sanders also questions the final tallies that showed Hillary Clinton the winner, by a very narrow margin.

Cruz referenced the Sanders comments, in teasing Trump on Twitter over his accusations.

Sanders is giving mixed messages on how serious he may be about potentially challenging the Democratic race results, saying, “We’re looking at it right now.”

Asked the same question on MSNBC, Sanders said his campaign wants to speak to Iowa Democratic officials – while saying it is “really now focusing on New Hampshire.” Separately, he told CBS News he doesn’t want to “overstate” the issue. And in the same NBC interview, Sanders said he accepts that Clinton won.

Sanders’ Iowa communications director Rania Batrice told Fox News the campaign has requested a meeting Wednesday with state Democratic Party officials and is “looking forward to working with the party to address major discrepancies in reporting in order to ensure accurate results are tabulated.”

In the earlier interviews, Sanders mentioned that Clinton’s campaign apparently won a series of coin tosses to resolve ties – which then helped her gain additional, local delegates. Those delegates, though, may have had a negligible effect on the final tallies of what are known as state delegate equivalents. Further, reports have emerged that the Sanders campaign also won several coin tosses.

Meanwhile, Trump is showing no hesitation about challenging the results on the Republican side. While he had congratulated Cruz on caucus night, that was before Carson came out with his allegations that Cruz supporters spread rumors he was suspending his campaign.

Trump, citing those and other allegations, tweeted Wednesday: “Ted Cruz didn't win Iowa, he stole it. That is why all of the polls were so wrong and why he got far more votes than anticipated. Bad!”

He said his political team had forwarded an initial CNN news report saying Carson was taking a break from the campaign trail, but did not forward an update to that same story.

But Carson continued to raise concerns about the Cruz campaign, telling Fox News’ Bill O’Reilly, “A culture exists within the Cruz camp that would allow people to take advantage of a situation like this in a very dishonest way.”

Carson said Cruz assured him he knew nothing about his campaign contacting precincts “telling people that I was dropping out,” but questioned what the campaign will do about “those individuals who inappropriately disseminated this information.”

Early reports that Carson – who was directly competing with Cruz for social conservative and evangelical supporters – was leaving the campaign trail started to surface as caucusing began Monday evening. Upon hearing reports that their candidate was leaving the trail to return to his home in Florida, Team Carson responded swiftly, saying the retired neurosurgeon was only going home for clean clothes but was then headed to New Hampshire for the Feb. 9 primary.

But Carson told Fox News Tuesday morning that Cruz supporters and representatives took that narrative a step further, and told caucus-goers at “many” precincts that he was dropping out.

The Cruz campaign also took heat for campaign literature it sent out to potential voters before caucus night that seemingly accused them of voting violations over low voter turnout – and urged them to caucus Monday to improve their “score.”

Spokesman Rick Tyler earlier told MSNBC that Iowans are used to getting similar ones and that the campaign “modeled ours after them.”