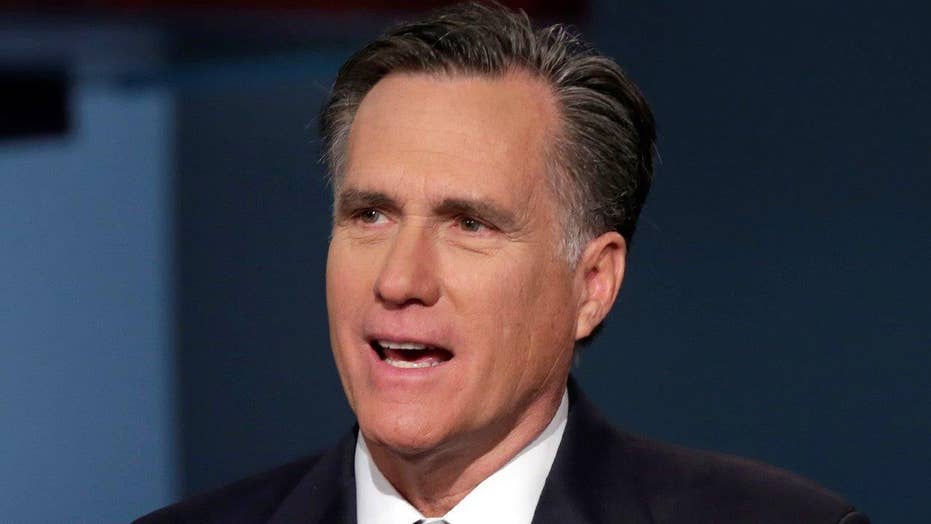 Mitt Romney is blasting out robo-calls on behalf of Marco Rubio and John Kasich -- and against Donald Trump -- in the states voting Tuesday, marking his most direct appeal yet on behalf of any candidate since he delivered a scorching condemnation of Trump’s candidacy last week.

Voters are going to the polls Tuesday in Republican contests in Michigan, Mississippi, Idaho and Hawaii.

Romney’s team still insists the party’s 2012 presidential nominee is not endorsing any candidate, describing the latest robo-calls as more a bid to combat Trump than an indicator of support for Rubio or Kasich. Romney reportedly did pro-Rubio calls in all four states holding contests Tuesday, and recorded a pro-Kasich call in Michigan only.

"Gov. Romney has offered and is glad to help Sen. Marco Rubio, Sen. Ted Cruz, and Gov. John Kasich in any way he can,” a source close to Romney said in a statement. “He's been clear that he believes that Donald Trump is not the best person to represent the Republican Party and will do what he can to support a strong nominee who holds conservative values to win back the White House. "

Romney, though, is walking a fine line as he launches his anti-Trump campaign.

He insists he’s not endorsing anyone, and is not entering the race himself -- and only wants to boost Trump’s rivals in states where they have a chance of beating the Republican front-runner, with the apparent goal of depriving Trump of the delegates needed to clinch the nomination.

The robo-calls indeed are more about Trump than any rival candidate.

According to a copy of the pro-Rubio message obtained by The New York Times, which first reported the story, Romney indicates that he’s calling on behalf of Rubio and then urges voters to support “a candidate who can defeat Hillary Clinton and who can make us proud.”

“If we Republicans were to choose Donald Trump as our nominee, I believe that the prospects for a safe and prosperous future would be greatly diminished — and I’m convinced Donald Trump would lose to Hillary Clinton,” Romney reportedly says.

Still, it’s unclear why Romney chose to record most the calls on behalf of Rubio.

Rubio is trailing in the polls in Michigan -- which offers the biggest delegate prize among primaries being held on Tuesday. Trump has held the lead there, but faces the closest challenge from Ohio Gov. Kasich and Texas Sen. Ted Cruz.

Rubio has won only two of 20 contests to date – Puerto Rico and Minnesota – but is banking on winning his home state of Florida next Tuesday. Trump, though, continues to lead in the polls in the Sunshine State and is working hard to knock out Rubio next week.