EXCLUSIVE: The Republican National Committee is demanding the Federal Election Commission reopen an investigation into Twitter’s censorship of the Hunter Biden laptop story after the release of internal records by the social media giant known as the "Twitter Files."

In October 2020, the RNC filed a complaint with the FEC alleging that Twitter’s censorship of stories about Hunter Biden’s laptop, his overseas business dealings and then-candidate Joe Biden's alleged knowledge of those dealings amounted to an "illegal corporate in-kind political contribution" to the Biden campaign.

The FEC dismissed the complaint in August 2021. However, on Tuesday, the RNC pressed the commission to reopen the matter due to what it calls "bombshell revelations" regarding Twitter’s censorship practices, which the party alleges contradicts "factual assertions" made by Twitter when responding to the initial complaint.

"These revelations, commonly referred to as the ‘Twitter Files,’ expose how previous senior management took active measures to suppress the Hunter Biden laptop scandal and other information harmful to the Democratic Party and its candidate," RNC chief counsel Matthew Raymer wrote in a letter to the FEC, obtained exclusively by Fox News Digital.

Twitter CEO Elon Musk outsourced the release of internal Twitter records on the matter to Substack journalist Matt Taibbi, who published a lengthy thread detailing the platform’s censorship and the internal decisions that were made. At the time, Twitter Safety alleged that the articles on Hunter Biden were in violation of its "hacked materials policy."

The RNC pointed to the first installment of the "Twitter Files," which revealed it was "routine" for Twitter staff and executives "to remove or otherwise suppress individual tweets at the Biden campaign’s request."

One record made public showed a Twitter executive forwarding a list of individual tweets to another with the statement, "More to review from the Biden team."

The other executive responded, "Handled these."

The RNC also questioned Twitter’s claims that it suppressed the Hunter Biden story "in accordance with established policies and procedures." 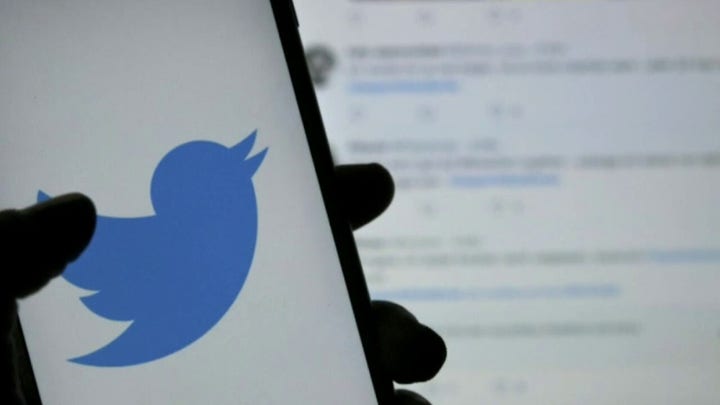 "Instead, it appears that senior executives at Twitter knew that the company’s existing ‘Hacked Materials Policy’ did not clearly apply, and yet they suppressed the story anyway," Raymer wrote to the FEC. Raymer said the actions Twitter took to suppress the story "far exceeded Twitter’s usual practice in suppressing material known to be hacked."

"This directly contradicts the Declaration of Yoel Roth, formerly head of Twitter’s Site Integrity team, which Twitter submitted in response to the RNC’s complaint," Raymer wrote, citing past comments made by Roth, which suggested the policy basis was hacked materials but was "an emerging situation where the facts remain unclear."

The RNC claims that the "Twitter Files" release calls into question the company’s claims that it suppressed the Hunter Biden stories in accordance with its existing "Hacked Materials Policy"—a policy that senior executives at Twitter knew "did not clearly apply, and yet they suppressed the story anyway."

The complaint pointed to Twitter's response to the RNC's initial complaint, which claimed that Twitter suppressed the story due to its "Private Information Policy." The RNC said "neither Roth nor anyone else" raised that "supposed concern" in the records released to the public in the "Twitter Files."

"We understand this will not change the FEC’s determination in our Complaint, since the FEC took the position that even active, partisan censorship by Twitter would not violate current law," the RNC wrote. However, the RNC said Twitter "may have made false representations to the Commission in violation of" U.S. code.

"The RNC therefore respectfully requests that the FEC re-examine Twitter’s response, and the Declaration of Yoel Roth in particular, in light of these revelations and refer any false statements therein to the Department of Justice for further investigation," Raymer wrote.

TWITTER FILES PART 6 REVEALS FBI'S TIES TO TECH GIANT: 'AS IF IT WERE A SUBSIDIARY'

RNC Chairwoman Ronna McDaniel told Fox News that the "Twitter Files" release "has confirmed what conservatives have known for years; Twitter has a scandalous history of censoring our voices to benefit the Democrat party."

"It is clear as day that Twitter’s censorship of the New York Post’s Hunter Biden laptop story had no legitimate basis under Twitter’s rules, and Twitter’s overly aggressive and wide-ranging efforts to silence the story just weeks before the 2020 election demonstrate clear political bias," McDaniel said. "The RNC filed an FEC complaint in October 2020, and in light of this month’s damning revelations, we demand a re-examination of our complaint with an emphasis on investigating whether ex-Twitter employees provided false information to the FEC."

The FEC did not immediately respond to Fox News' request for comment on whether it will reopen its review of the complaint.

The White House has characterized the "Twitter Files" as a "distraction."