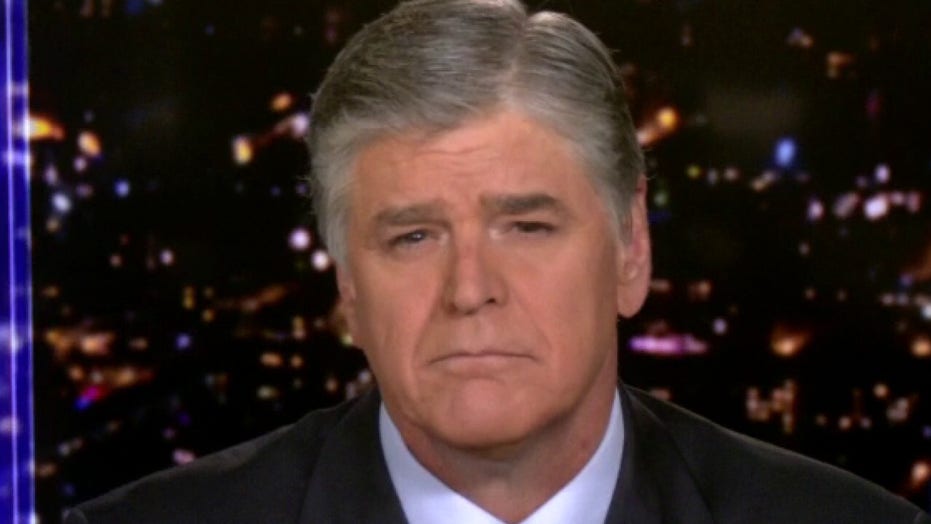 Hannity: Hypocrisy and deceit inside the Democratic Party

Joe Biden has tried his best to ignore a sexual assault allegation levied against him by a former staffer named Tara Reade.

New Hampshire state Rep. Richard Komi, D-Manchester, has resigned amid backlash over his apparent suggestion that Tara Reade was "looking for attention" and would have had to have "cooperated" with former Vice President Joe Biden's attempt to assault her if her allegation were true.

"Judged by the position of the female vagina, it will not be easy for anyone to just put their finger into the vagina unless their [sic] is some cooperation from the female herself. That is why I believe Tara Reade's allegations [sic] is false. She is looking for attention," Komi said on Friday in a now-deleted tweet.

“I am appalled by Representative Komi’s comments. They were dismissive and hurtful to survivors of sexual assault across the Granite State and across the country,” Shurtleff said. “The comments are not fitting for the New Hampshire House of Representatives and immediately upon learning of them I called him and asked Representative Komi to resign his seat.”

In a letter sent Saturday to Shurtleff, Komi said he was resigning because of the tweet.

“I also want to offer my sincere apologies to anybody whose feelings may have been hurt by the tweets. I am and will continue to be a supporter of victims of sexual and domestic assault,” Komi said in his letter, which was shared with The Associated Press by a member of the Speaker’s office. “The tweets were very poorly worded and do not reflect who I am and what I stand for. I ask for the forgiveness of all who have been a victim of sexual or any other kind of assault.”

A Facebook account that appeared to belong to Komi showed pictures of him with Biden and his wife. It also included a post about the Democratic Party's unity in backing Biden for the 2020 presidential nomination.

Komi is a former refugee from Nigeria who settled in the United States in 1999 and was first elected to the state House in 2008. Since the tweet, which Shurtleff and other Democrats saw, Komi has made his twitter feed protected, meaning only those who followed him before the controversy can see his tweets. Anyone else must be approved.

Komi's resignation came amid a broader conversation about the way both parties handled accusations against prominent public officials. Republicans have accused Democrats of applying a double standard to Reade's allegations and those against Supreme Court Justice Brett Kavanaugh.

Former Georgia Rep. Stacey Abrams denied doing this when she defended Biden, whose ticket she's interested in joining for the presidential election.

"Not at all," Abrams responded, before saying that Reade deserved to be heard.

"I believed then and I believe now that women deserve to be heard because too often they are not, and Tara Reade deserved to have her story listened to and investigated. What was happening to Christine Blasey Ford was that there was no investigation -- there was a rush to move the conversation forward so that no investigation was conducted," Abrams said. "I believe Joe Biden," she said, citing The New York Times' and other reports.

EX-HILLARY ADVISER ON #FIRECHRISHAYES PUSH: 'THIS LEVEL OF RAPE APOLOGY FROM DEMS IS APPALLING'

The Associated Press revealed Saturday that its reporting uncovered two sources who claimed Reade had told them about aspects of her assault and harassment claims. They spoke on the condition of anonymity and added to the already-mixed bag of individuals either corroborating or casting doubt on Reade's claims.

Reade claimed she told three of Biden's other staff members about harassment, although none of them reportedly said they remembered hearing those allegations from her. However, two other individuals, including a former neighbor of Reade's, corroborated her sexual-assault allegation in a report released earlier this week.