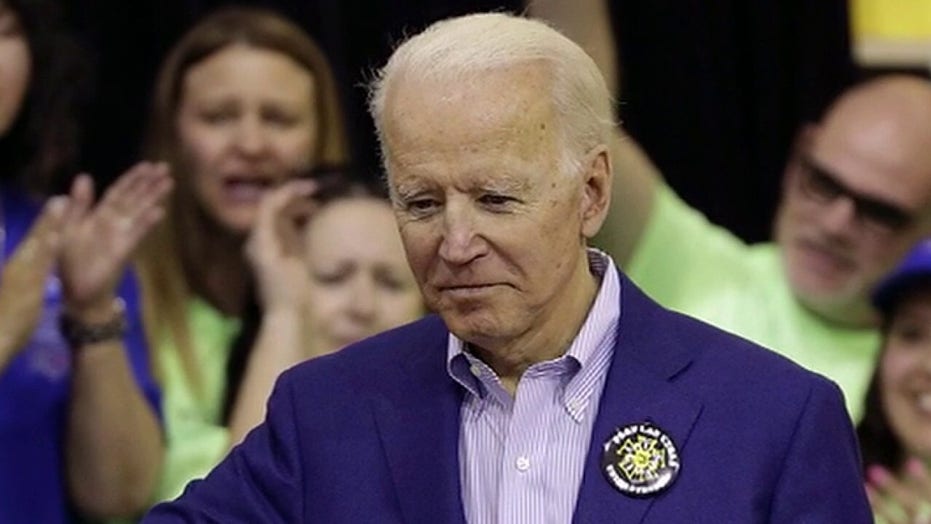 Joe Biden's campaign is out to prove there is no record of a complaint against him; Peter Doocy reports.

While the sexual-assault accusation against presumptive Democratic presidential nominee Joe Biden swiftly dominated the presidential race last week, the case also has had an impact on the Senate campaign trail.

Republicans are accusing Democrats of treating this allegation differently than they did for those against Supreme Court Justice Brett Kavanaugh during his 2018 confirmation process, as Democrats largely stand behind Biden and his denials.

"Well, at the very least it's pretty obvious that the same people who were outraged about allegations -- unproven allegations against Justice Kavanaugh when he was in high school -- seemed to have little or no interest, or certainly not as much interest, in suggestions of improper behavior by an adult who's in the Senate," Senate Majority Leader Mitch McConnell, R-Ky., said in an interview on the "Guy Benson Show" on Fox News Radio last month. 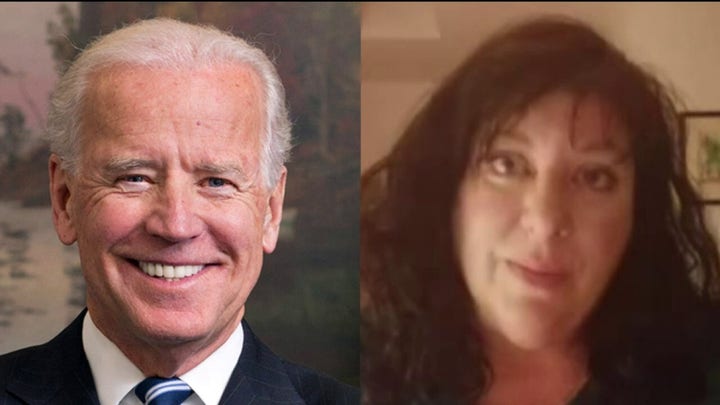 Tara Reade in late March accused Biden of sexual assault when she was a staffer in his Senate office in 1993, a charge that both Biden and his campaign have denied. Now, what senators and Senate candidates have to say about the credibility of Reade's allegation and the standard of proof that should be applied has become a central issue in some Senate campaign races.

This comes as Kavanaugh's confirmation was already a major issue in some Senate races, particularly in Maine, where Democratic challenger Sara Gideon and other outside groups have made much of that election about moderate Republican incumbent Sen. Susan Collins' decision to vote for Kavanaugh -- the vote that put his nomination over the finish line.

Collins has been called a "rape apologist" by the Women's March, and Gideon has used her vote for Kavanaugh as a battering ram against the Republican during the campaign, using the justice's name in fundraising emails as recently as Monday.

"At the time of his confirmation, there was plenty of evidence that put into question Brett Kavanaugh's fitness for the Supreme Court," Gideon said in one tweet. "Senators Collins cast a critical vote to confirm him anyway, and she said she doesn't regret it."

Collins, in responding to the Reade allegation, took a familiar and cautious approach.

"Principles like the presumption of innocence, fairness, and due process always bear on my thinking in evaluating such an allegation," Collins said in a statement to Fox News. "Ms. Reade should be treated with respect and have a chance to tell her story. I served with Joe Biden in the Senate, and I have respect for his service to our country."

Gideon supported Biden in the March 3 Maine Democratic primary, which happened weeks before the Reade allegation surfaced. But Fox News could not find any comments from Gideon on the Reade allegation since the story became public, which was more than a month ago. Gideon's campaign did not respond to a request for comment.

McConnell himself, as the Senate majority leader, has been the subject of regular attacks from Democrats, particularly the Democratic Senate Campaign Committee, on the Kavanaugh issue. But he's maintained that he is satisfied with his decision to move forward with the justice's confirmation.

His opponent, Amy McGrath, has had a more complex history of statements on the justice. She first seemed to oppose Kavanaugh in a 2018 Facebook post before saying in a 2019 interview, right after announcing her campaign, that she would have supported him. On the sexual-assault allegations against Kavanaugh specifically, McGrath said they were "credible" but not "disqualifying" due to the "time that lapsed in between."

That comment tipped off backlash against her from the left, and she quickly issued a statement on Twitter that she actually would not have supported Kavanaugh.

"I was asked earlier today about Judge Brett Kavanaugh and I answered based upon his qualifications to be on the Supreme Court," she said. "But upon further reflection and further understanding of his record, I would have voted no."

McGrath did not make clear whether that "further understanding" was based on the details of Kavanaugh's legal career, the sexual assault allegations or otherwise. Fox News could not find public comments from McGrath on the Reade allegation and her campaign did not respond to a request for comment from Fox News.

Some Republicans have accused Democrats in general of hypocrisy on the accusation against Biden, alleging that they are keeping mum now after loudly and quickly condemning Kavanaugh less than two years ago.

"When it comes to Joe Biden, the silence from the Democrats and the double standard from the liberal media is both breathtaking and predictable," Sen. Kelly Loeffler, R-Ga., said. "Tara Reade has a right to have her voice heard, and the American people deserve to have their questions on this allegation answered."

Meanwhile, the three major Democrats challenging Sen. David Perdue, R-Ga., whose Senate seat is also up for grabs, provided measured statements when asked about the Biden allegation in a debate hosted by The Atlanta Press Club over the weekend.

"The law actually has a system for this that can be used in the political and civic world as well, and that is when a woman makes an allegation she makes a prima facie statement and it is to be believed, and then it is to be rebutted by the accused and then the burden's on the woman to state her case," Teresa Tomlinson said.

"Any allegation of sexual assault needs to be taken seriously. In a supercharged political environment, we need to look carefully. And only Vice President Biden and the accuser really know what happened," Jon Ossoff said.

"These accusations deserve to be heard in full and the voters deserve a full investigation of what happened," Sarah Riggs Amico said. "And at the same time Joe Biden does deserve due process."

Riggs Amico's comments especially were a departure from her rhetoric on Kavanaugh, whose impeachment she called for last September.

"I will never be silent when it comes to fighting for what’s right. That’s why I’m offering my unwavering support to those who are coming forward and joining others calling for Kavanaugh’s impeachment because this is no time for half measures, especially when it comes to our values," she said. "It is clear that Senate Republicans, including Senator David Perdue, put partisan politics ahead of good judgment by confirming Kavanaugh without a thorough investigation."

While there are a number of races in which neither the Biden allegation nor the Kavanaugh confirmation has factored heavily, that is likely to change as the campaign continues.

Biden has ventured, in an apparent attempt to clear the air, to get Secretary of the Senate Julie Adams to search for a complaint Reade says she wrote about the alleged incident in 1993, but Adams has said she is legally prohibited from doing so. Additionally, Biden has resisted calls to open up his senatorial papers at the University of Delaware for a search for any evidence that could shed light on Reade's allegation. Biden says the university would not hold the relevant files, anyway.

Now that many states are slowly reopening after essentially shutting down their economies because of the coronavirus pandemic, voters and reporters may have more opportunities to ask candidates about Reade's story.

This means candidates in competitive Senate races in Colorado, Montana, Alabama, North Carolina, Arizona, Iowa, Kansas and Michigan could be pressed to address the issue as November draws closer.