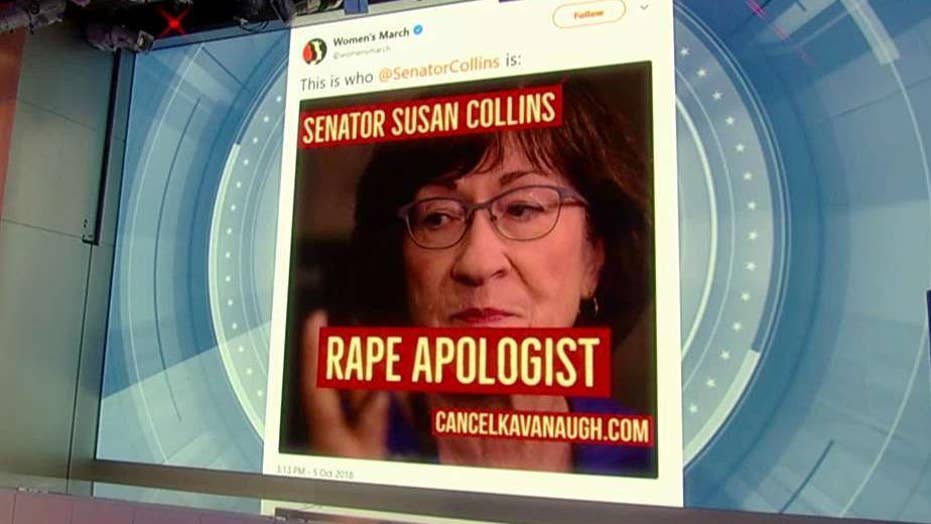 GOP Sen. Susan Collins on Friday was dubbed a “rape apologist” by a women’s activist group amid her decision to support the confirmation of Supreme Court nominee Brett Kavanaugh.

The Women’s March posted a photo of the Maine lawmaker on Twitter with the caption, “This is who @SenatorCollins is” and the words “rape apologist” in a red box across her face. The post also plugged a website to "cancel Kavanaugh."

Kavanaugh has faced heavy scrutiny during his nomination process, in part because of sexual misconduct allegations that surfaced against him. The first was brought forward by Christine Blasey Ford, who accused him of assaulting her at a party in high school. Kavanaugh has denied the allegations against him. 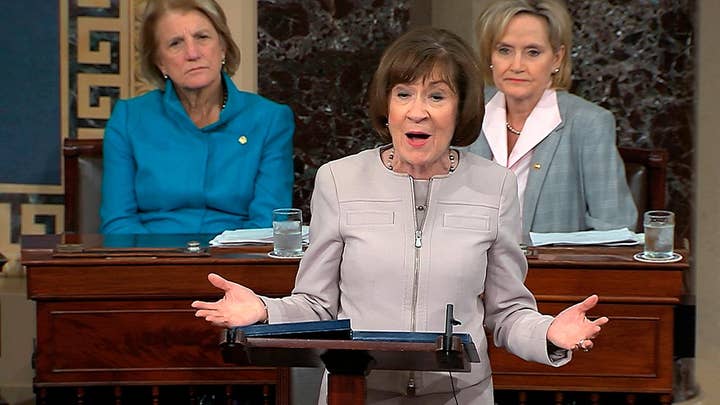 Collins, as well as Sens. Joe Manchin, D-W.Va., Jeff Flake, R-Ariz., and Lisa Murkowski, R-Alaska, were key undecided senators who were closely watched for how they would vote.

Manchin announced he would vote to confirm Kavanaugh, in spite of “reservations” about the allegations and the nominee’s temperament. Similarly, Flake suggested he would vote “yes” for Kavanaugh “unless something big changes.”

Murkowski, on the other hand, announced earlier Friday that she did not intend to vote for Kavanaugh’s confirmation.

The Senate voted Friday to end debate on Kavanaugh’s nomination, setting the stage for a final vote in the chamber Saturday evening.