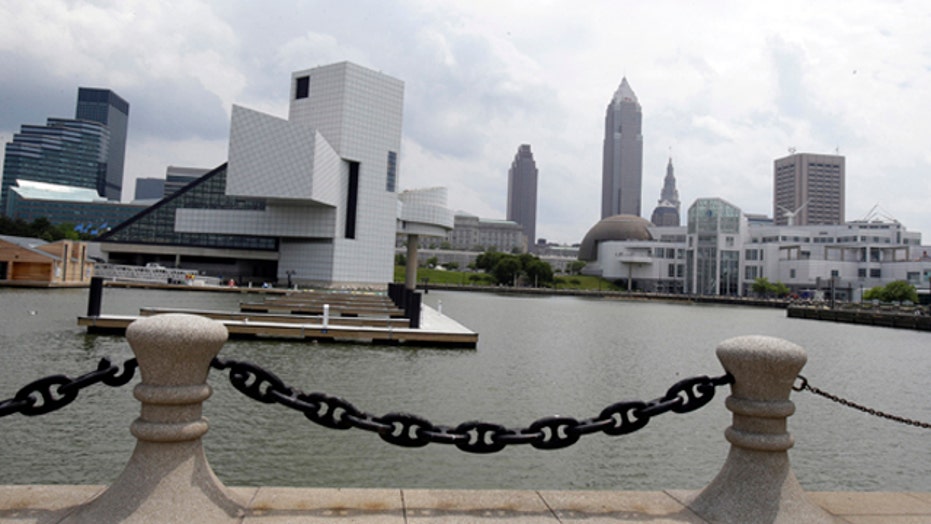 WASHINGTON – The GOP revealed a portion of its 2016 battle plan Tuesday, selecting Cleveland -- the new home of "Johnny Football" Manziel and possible future home of LeBron James -- as the site of its national convention.

RNC Chairman Reince Priebus announced the decision Tuesday on Fox News, in an early play for voters in the battleground state, which President Obama won in 2008 and 2012 but which is also the home to Speaker John Boehner.

"We couldn't be more excited," Priebus told Fox News. "It's a city that's on the rise."

The contest came down to Dallas and Cleveland.

The Republicans' site selection committee met Tuesday to review the two remaining cities' bids. The full 168-member RNC is expected to ratify the choice next month.

Ohio lawmakers were ecstatic after hearing the news.

"This is great news for Cleveland and our entire state," Sen. Rob Portman, R-Ohio, said in a statement. "It's a unique opportunity to showcase the new Cleveland as one of America's great cities, and to bring dollars and jobs to Ohio."

Ohio, along with Florida, has long been a prized battleground, but Obama has claimed it in the last two presidential races. Priebus acknowledged the state's political importance in announcing Cleveland as the 2016 selection.

The budget was the top criterion for the 12-member site selection committee.

The previous two GOP conventions have sapped party dollars during election years and Priebus has insisted the host city not leave the central party picking up the tab, which is expected to be around $60 million.

In proposals and presentations to the party, city officials outlined how each would raise the tens of millions of dollars required to pay for the weeklong rally for the party faithful. A successful convention is a boon not just to the political party, but also to the local economy.

In a post-convention report, organizers of Tampa, Fla.'s 2012 GOP convention said its $58 million in fundraising resulted in a $214 million direct economic impact. Some 50,000 activists, officials and reporters descended on the Tampa area for the convention, officials said. More journalists visited Tampa for the GOP convention in 2012 than visited in 2009 when Tampa hosted the Super Bowl.

That economic impact is one reason cities have been competing for months to host the convention.

Once Vegas was taken out of the mix, Dallas emerged as a major competitor, in part because of its coalition of wealthy donors with ties to the Bush family and the oil industry. Dallas hosted the 1984 Republican convention, and Texas is seen as a reliably GOP state in presidential elections.

Cleveland, though, made its own aggressive pitch to Republicans. The RNC sent advisers to Cleveland last week for a second visit and to check out technical aspects of having a convention there.