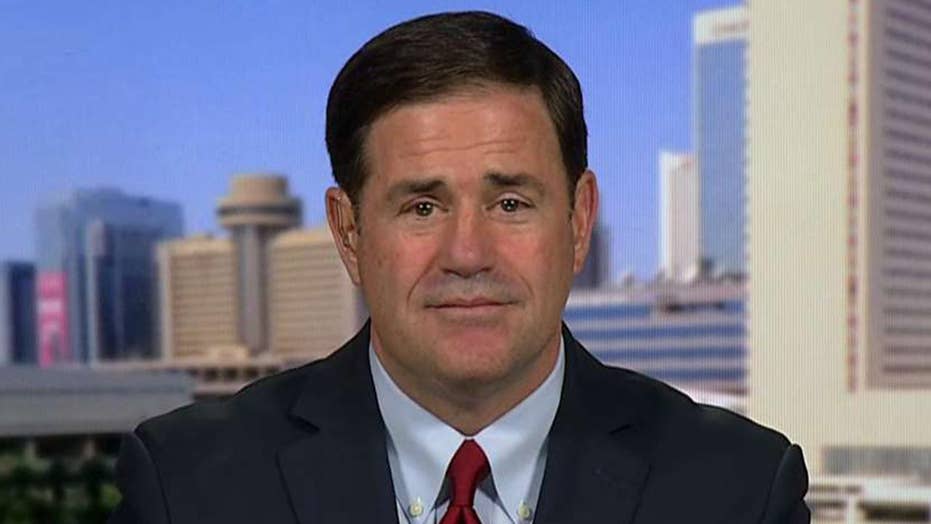 Arizona Gov. Doug Ducey is leading an effort to get rid of the state's burdensome occupational licensing laws, which he says cost many ordinary professionals hundreds of dollars and subject them to frustrating and unnecessary bureaucracy.

Studies have shown that nearly one in three jobs in America are subject to stringent occupational licensing laws, with Arizona being one of the most strictly regulated, hindering professional employment and deterring individuals from starting their own businesses.

Ducey, 54, a Republican originally from Ohio who succeeded the GOP's Jan Brewer as Arizona's governor in 2015, said it’s time to get rid of the laws that cost on average of $455 in fees and almost 600 days of education and experience, according to Reason magazine.

“Our focus [has been] on improving that structure of government and really stopping the bullies that were part of the boards and commissions,” he told the libertarian magazine.

“Our focus [has been] on improving that structure of government and really stopping the bullies that were part of the boards and commissions.”

The governor is backing a measure that would allow Arizona to recognize occupational licenses granted by other states.

“Just because somebody packs up that moving van in Chicago, Illinois, they don't lose their skills on the way to the state of Arizona,” Ducey explained. “Why should somebody have to suffer the burden of thousands of dollars, or weeks or months of recertification, in a skill that they already have?”

“Just because somebody packs up that moving van in Chicago, Illinois, they don't lose their skills on the way to the state of Arizona.”

But Democratic critics say the bill could drive down professional standards in the state, by attracting people who experience licensing problems elsewhere.

“My issue is that we don't really know what the standards are in these other states,” Democratic state Rep. Pamela Powers Hannley told Reason. “Why should we dumb down our standards? I see this as sort of deregulation for the sake of deregulation.”

Yet the measure addresses the problems raised by the critics, explicitly noting that only people who have no problems in other states or a disqualifying criminal history would be able to transfer their occupational licenses to Arizona.

Some professionals may still have to take tests, if required, to make sure they are familiar and understand Arizona laws related to their occupation.

“I think it's important that we remember who the voters are and who the citizens are and we're here to serve them,” Ducey says. “Too many of these boards and commissions exist to stop competition, to stifle and protect the status quo. And we're changing that in Arizona.”