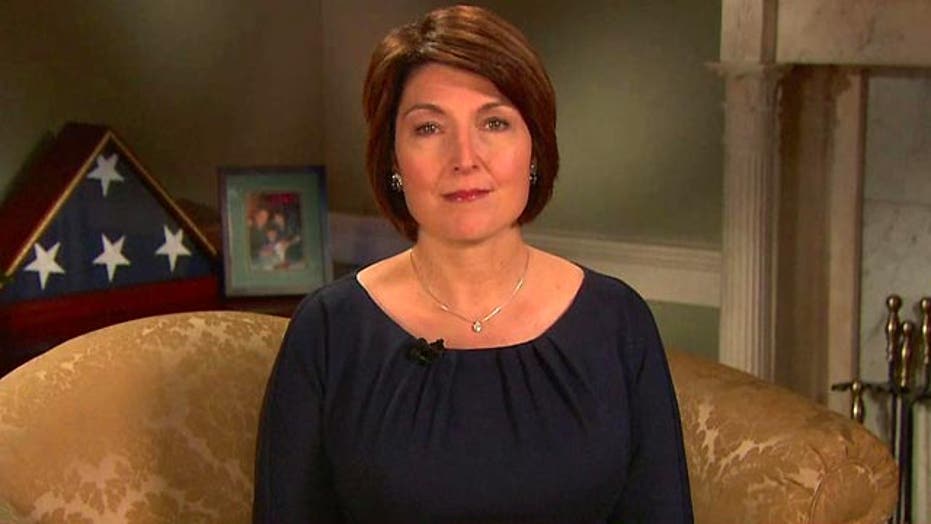 McMorris Rodgers: We hope the President will join us in a year of real action

McMorris Rodgers, the married mother of three and the highest ranking female Republican in the House, is one of very few women ever to deliver the opposition's response. In her rebuttal, she addressed the same general domestic themes raised by Obama.

But unlike the president, who pushed the idea that federal government can play a key role in increasing opportunities for Americans who have been unable to benefit from the slow-recovering economy, McMorris Rodgers championed the idea of personal responsibility.

"I saved, I worked hard, and I became the first in my family to graduate from college," she said.

During her 10-minute speech, McMorris Rodgers laid out her personal story and the struggles she faced.

McMorris Rodgers’ son Cole, 6, has Down syndrome, and she co-founded the Congressional Down Syndrome Caucus six years ago to try to raise awareness of the difficulties that children with the syndrome face.

Having McMorris Rodgers, the fourth-ranking Republican in the House, deliver the official response allowed the GOP to show off a more inclusive side. In recent weeks, Republican leaders have pushed plans to “rebrand” their party and broaden its appeal.

Like McMorris Rodgers, Lee stressed the growing divide in America and the sense that the "American Dream" is further out of reach.

“We are facing an inequality crisis – one to which the president has paid lip-service, but seems uninterested in truly confronting or correcting,” Lee said.

The Tea Party started providing its separate response to the State of the Union address in 2011. Last year, Sen. Marco Rubio delivered the Republican response in both English and Spanish.