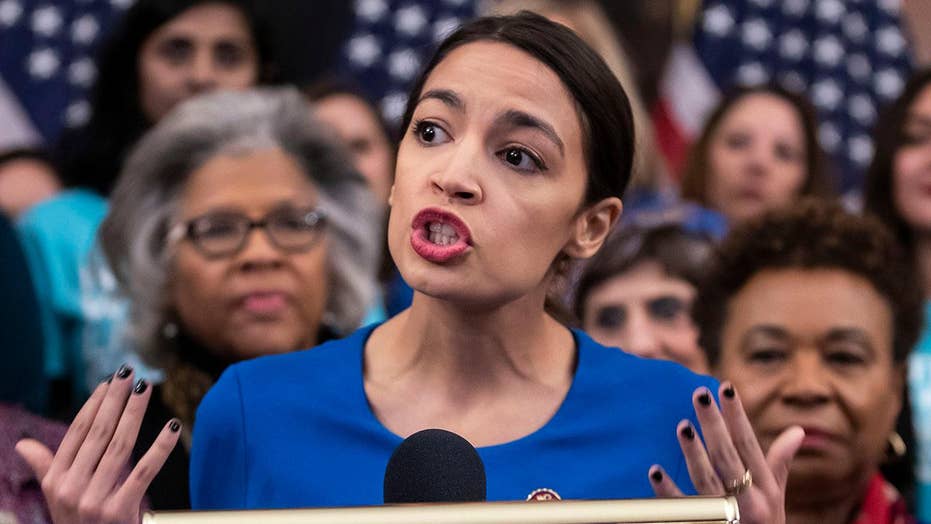 House Republicans announced Wednesday that they have entered an outline of the controversial "Green New Deal" and a list of frequently asked questions (FAQs) about the sweeping Democratic proposal into the Congressional Record after the document was deleted from the website of Rep. Alexandria Ocasio-Cortez, D-N.Y.

"It's very important the American people see that there be transparency about what [Democrats] are pushing," Rep. Liz Cheney, R-Wyo., told reporters at the House GOP's weekly press conference. "And we call on (House) Speaker (Nancy) Pelosi, (D-Calif.), to put this up for a vote on the floor.

"We think Democrats need to be held accountable. If they support this as they say they do and as their presidential candidates do," Cheney added," then let's have a vote on it and see to what extent they're all going to get behind moving toward this kind of fantasy."

According to the outline, which can still be viewed using the Internet archiving service Wayback Machine, the Green New Deal is "a 10-year plan to create a greenhouse gas neutral society" through what it describes as "a World War 2 scale mobilization that focuses the robust and creative economic engine of the United States on reversing climate change by fully rebuilding our crumbling infrastructure, restoring our natural ecosystems, dramatically expanding renewable power generation, overhauling our entire transportation system, upgrading all our buildings, jumpstarting US clean manufacturing (and) transforming US agriculture."

The outline says the Green New Deal would provide "(e)conomic security to all who are unable or unwilling to work." It also notes that the proposal's goal is "to get to net-zero, rather than zero emissions ... because we aren’t sure that we will be able to fully get rid of, for example, emissions from cows or air travel before then." 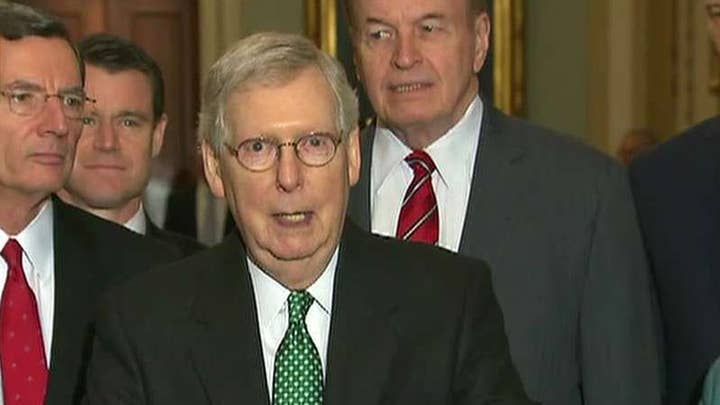 Cheney's request for Pelosi to put the Green New Deal resolution up for a vote on the House floor follows a similar move from Senate Majority Leader Mitch McConnell, R-Ky., who said Tuesday that he would bring the matter before the upper chamber of Congress to "give everybody an opportunity to go on record."

The Green New Deal is already supported by at least five senators seeking the Democratic nomination for president: Cory Booker of New Jersey, Kirsten Gillibrand of New York, Kamala Harris of California, Elizabeth Warren of Massachusetts and Amy Klobuchar of Minnesota. Vermont Independent Sen. Bernie Sanders, who could also enter the Democratic primary, is another supporter.

"I see it as a jumpstart," Klobuchar said. "So I would vote yes, but I would also — if it got down to the nitty-gritty of ... actual legislation as opposed to, 'oh here's some goals we have,' that would be different for me."

A seventh potential candidate in 2020, Ohio Democratic Sen. Sherrod Brown, pointedly declined Tuesday to attach his name and dismissed liberal activists' contention that he has to support the Green New Deal in order to prove his commitment to the issue.