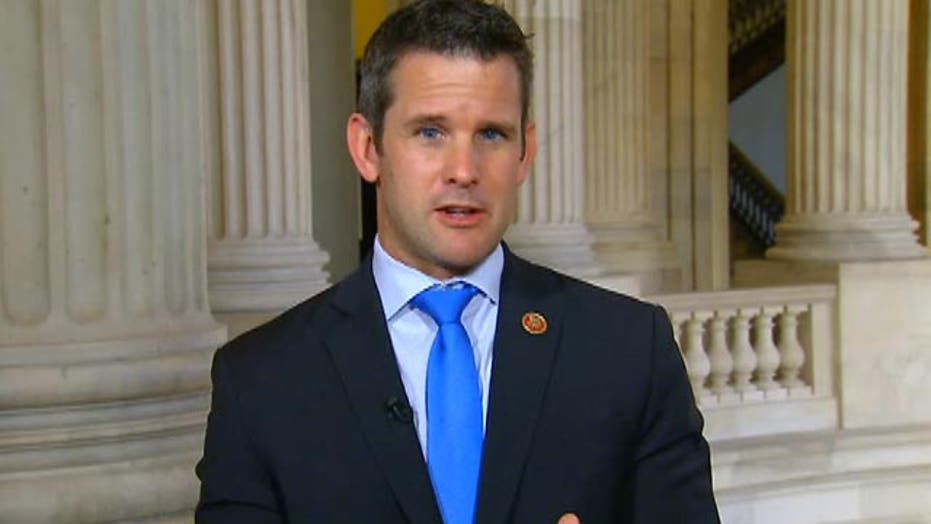 Inside the House briefing on the Bergdahl prisoner swap

Has the White House been more forthcoming with House lawmakers on what led to the Taliban prisoner swap for accused UA Army deserter Sgt. Bowe Bergdahl?

Kerry said Sunday the former detainees could indeed return to terrorism, but claimed the fear that troops in Afghanistan would be more at risk was “baloney,” particularly because the United States is winding down its military presence in that country.

“Our combat role in Afghanistan is over,” Kerry told CNN’s “State of the Union.” "We’re going to have very few people in that kind of position.”

Kinzinger, R-Ill., said on “On the Record with Greta Van Susteren” that Kerry’s comments are particularly troubling because Obama administration officials contradicted them in a classified House briefing Monday.

“It’s funny that the secretary would say that because members of the administration admitted in the briefing today that this could potentially endanger American soldiers, so I think the administration – between Secretary Kerry and between the folks that briefed us have got to get their message straight,” he said.

Kinzinger said it is absurd that Kerry would try and pretend the possibility of the deal being harmful to the U.S. military is not an issue.

“This is putting Americans in danger, it is putting the Afghan people in danger and just come out and admit it,” he said.