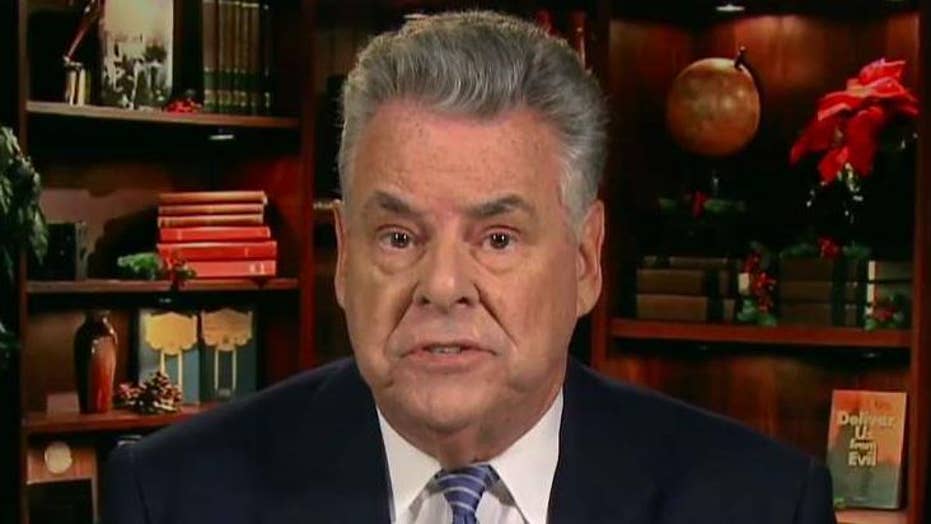 Congressman sounds off on 'The Kelly File'

"All we’ve heard from the intelligence community over the last several months is that they could not say that there was any attempt to undermine Hillary Clinton [or] to help Donald Trump," King told Fox News' Megyn Kelly on "The Kelly File." "The consensus was that there was an attempt by the Russians to put a cloud over the election, to create disunity. Well, that’s what’s happening right now, but it’s the intelligence community that’s doing it."

King spoke hours after the committee abruptly canceled the scheduled Thursday briefing after the CIA declined to provide a briefer.

"Somebody has the time to leak it to the Washington Post and the New York Times, but they don’t have the time to come to Congress," said King, a member of the committee. "It’s their job to come. They don’t have any choice. They have to come in, especially when they have created this."

King added that lawmakers have not received any assessment from the CIA that Russia interfered to help Trump win the presidency over Hillary Clinton, allegations that were first reported by the Washington Post Friday.

"There was nothing at all, ever told to us, in fact they said they couldn’t prove it, that there was an attempt to favor one candidate over the other. [James] Clapper, the director of national intelligence, said that publicly on Nov. 17," King told Kelly.

"This violates all protocols and it’s almost as if people in the intelligence community are carrying out a disinformation campaign against the president-elect of the United States," the congressman added. "It’s absolutely disgraceful and if they’re not doing it, then it must be someone in the House or the Senate who’s leaking false information and there should be a full investigation of this."

"Ninety-nine percent of the people in the CIA are great," King concluded. "There’s somebody here, though, that’s behind something that’s totally irresponsible."