If undocumented immigrants cost taxpayers many millions in public services and, as some say, depress wages by providing cheap labor, it also is costing a staggering amount to deport them.

Immigration officials told Fox News Latino that just the transportation costs involved in removing an immigrant are, on average, almost $2,000 per person.

When the entire process – from identifying a deportable immigrant, to arresting, detaining, immigration court and deportation – is taken into account, the cost rises to $12,215, according to the Immigration and Customs Enforcement, or ICE.

In response to reports last week that it’s costing more than $300,000 a day to deport immigrants on luxury planes, immigration officials said sometimes a private jet or, indeed, a luxury plane, is the most feasible option after multiple factors are considered.

“ICE finds the most economical means available to carry out its mission that also provide for the safety and dignity of the officers and foreign nationals aboard the flights,” ICE officials told Fox News Latino.

The Daily Mail Online was the first to report the use of lavish aircraft to remove immigrants, saying they're being deported in "the lap of luxury."

But ICE officials said the agency's aircraft choices respond to safety concerns — people facing deportation don’t always cooperate with those charged with transporting them, officials said, and that in such cases it turns to smaller aircraft.

“When ICE charters a smaller plane to effect removals, it is usually to effect the removal of a group of individuals who’ve refused to board commercial aircraft or are too dangerous to fly with the general public,” the agency said.

Stories abound of people resisting getting on planes, or making scenes, and in many such cases pilots have refused to allow them on board.

“This, in the long term, actually saves the taxpayers the cost of detaining these individuals, in spite of the seemingly high up-front cost of a removal flight.”

Private jets, which are leased after participating in a bidding process, tend to work best in cases where a dangerous person is being transported who must be accompanied by several security agents, ICE officials say.

“ICE takes seriously its responsibility to be a responsible steward of the allocated funds it receives from Congress,” said ICE Deputy Press Secretary Sarah Rodriguez to Fox News Latino.

“Removals are effected in the most efficient way possible, with officers and leadership examining all venues available to effect these repatriations.”

The Daily Mail, which got the information through Freedom of Information Act requests, reported that the U.S. government spent $116 million last year to transport more than 235,000 people back to their countries.

It also reported the government spends $231 every 24 hours to house just one of the 2,105 foreign detainees at The South Texas Family Residential Center in Dilley, a small town 200 miles from the Mexican border.

Some groups say that ICE must find more economical ways to deport immigrants.

David Williams, president of the Taxpayers Protection Alliance, was quoted by The Daily Mail as saying: “This is insane.”

“This is an outrageous and unacceptable waste of tax dollars. There is absolutely zero justification for spending this amount of money deporting immigrants.”

“Leave it to the government to take a relatively simple task and make it complicated and expensive.”

Advocates for giving certain undocumented immigrants a chance to legalize their status argue that it would be far too expensive – not to mention downright impossible – to set out to track down, arrest, detain and deport the estimated 12 million people believed to be living in the United States illegally.

They argue that spending $12,000 in 12 million people is be far more costly than what some who favor deporting them say it costs the U.S. to have them here.

Mexican immigrants typically are taken on domestic commercial flights to border areas, where they are then put on buses to Mexico.

ICE officials often deport them via ICE Air Operations, which it says procures charter flights from vendors through the General Services Administration. Many of those aircraft are Boeing 737s and MD-80s that can accommodate some 135 immigrants. 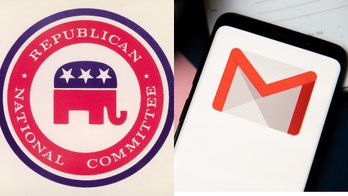