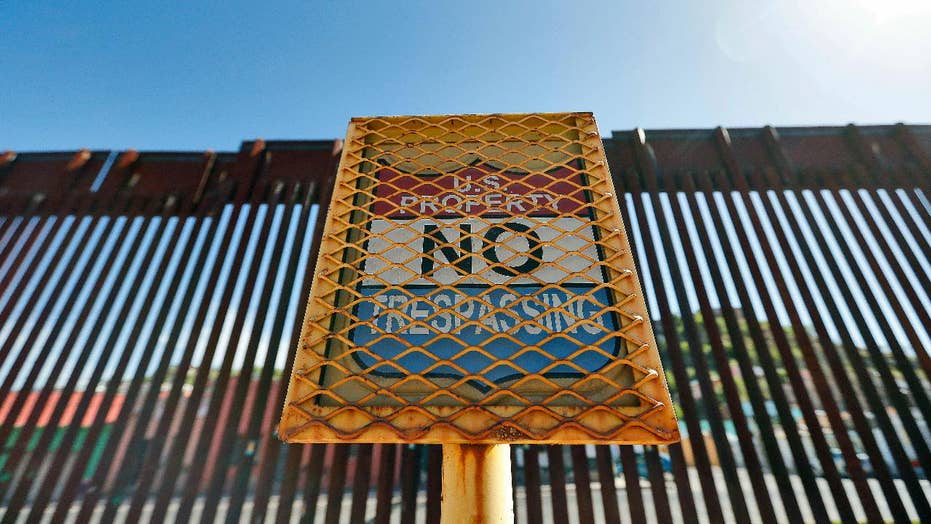 Will pressure end impasse as Republicans and Democrats are locked in stalemate over border funding battle?

What will it take to end the partial government shutdown? Insight and analysis from the 'Special Report' All-Stars.

As the ongoing partial government shutdown over funding for President Trump's proposed border wall continues and the White House debates declaring a state of emergency to pay for it, the Pentagon on Monday extended the military's mission on the southern border by eight months.

In a statement, the Defense Department said Acting Secretary of Defense Pat Shanahan had approved a Dec. 27 request from the Department of Homeland Security (DHS) to extend and expand the troops' role. There are currently roughly 2,350 active-duty troops currently supporting the border mission, down from a high of nearly 6,000 late last year.

U.S. military support to the Department of Homeland Security (DHS), which was previously set to expire Jan. 31, is now slated to end on Sept. 30. The Pentagon had extended the troops' mission on the border once before, on Dec. 15.

"DOD [Department of Defense] is transitioning its support at the southwestern border from hardening ports of entry to mobile surveillance and detection, as well as concertina wire emplacement between ports of entry," the Defense Department said in a statement. "DOD will continue to provide aviation support."

FILE - In this Nov. 16, 2018, photo, members of the U.S. military install multiple tiers of concertina wire along the banks of the Rio Grande near the Juarez-Lincoln Bridge at the U.S.-Mexico border in Laredo, Texas. The Pentagon is estimating the cost of the military's mission on the U.S.-Mexico border will be about $210 million under current plans. (AP Photo/Eric Gay)

Defense Department personnel are helping to operate security cameras and to lay about 150 miles of concertina wire between official ports of entry, officials said. Troops last fall put down about 70 miles of wire.

An official familiar with the agreement said the Pentagon has not yet determined how many more active-duty troops will be required to carry out the additional work. The official spoke on condition of anonymity to discuss details that were not made public after Shanahan approved the plan.

The military's current role at the border has been widely debated, in part because it began just days before the congressional midterm elections in November and was attacked by Democrats as a political ploy.

The military is prohibited by law from performing domestic law enforcement tasks but has periodically provided assistance to civilian border security authorities.

The Pentagon had told Congress late last year that using thousands of military troops to help secure the southwest border would cost an estimated $210 million.

Meanwhile, President Trump used an address Monday to the American Farm Bureau convention to dig in on his call for a border wall, even as new polling indicates most Americans oppose his administration’s strategy of demanding money for the U.S.-Mexico barrier in exchange for ending the partial government shutdown.

Speaking in New Orleans, Trump said there was “no substitute” for a physical barrier along the southern border with Mexico and accused Democrats of playing politics in refusing to negotiate on the issue.

“They think if they stop me, it’ll be good for 2020,” Trump said of Democrats in Congress. “We need that barrier. … If you don’t have that barrier there, there is not a thing you can do.”

The president has repeatedly threatened to have the military “build the remaining sections” of the U.S.-Mexico border wall, appearing to revive a call to use Pentagon money to finish the project.

A migrant from Honduras holds his daughter while Border Patrol Officers look at them before they jump the border fence to get into the U.S. side to San Diego, Calif., from Tijuana, Mexico, Thursday, Jan. 3, 2019. Discouraged by the long wait to apply for asylum through official ports of entry, many migrants from recent caravans are choosing to cross the U.S. border wall and hand themselves in to border patrol agents. (AP Photo/Daniel Ochoa de Olza)

“People do not yet realize how much of the Wall, including really effective renovation, has already been built. If the Democrats do not give us the votes to secure our Country, the Military will build the remaining sections of the Wall. They know how important it is!” Trump vowed late last year.

Sen. Lindsey Graham, R-S.C. urged Trump last weekto invoke his presidential emergency powers to immediately begin construction of the wall without congressional approval. The White House last week directed the Army Corps of Engineers to look at possible ways of funding border security, including potentially through the reallocation of unspent disaster relief funds, in a possible sign the administration is moving in that direction.

At the 'last resort': Sen. Graham says it's time for President Trump to declare a national emergency and build his wall

After Trump reportedly rejects attempts by Senate Republicans for a grand bargain on border security and the wall, Sen. Graham says there's no other path forward but for the president to use his executive power; Mike Emanuel reports.

Should the White House move forward with an emergency declaration, it has a handful of legal routes to take. The National Emergencies Act grants the president broad authority to declare emergencies, and several federal laws could then clear a path for the White House to move ahead with building a wall.

One statute permits the president to "apply the resources of the Department of the Army’s civil works program, including funds, personnel, and equipment, to construct or assist in the construction, operation, maintenance, and repair of authorized civil works, military construction, and civil defense projects that are essential to the national defense."