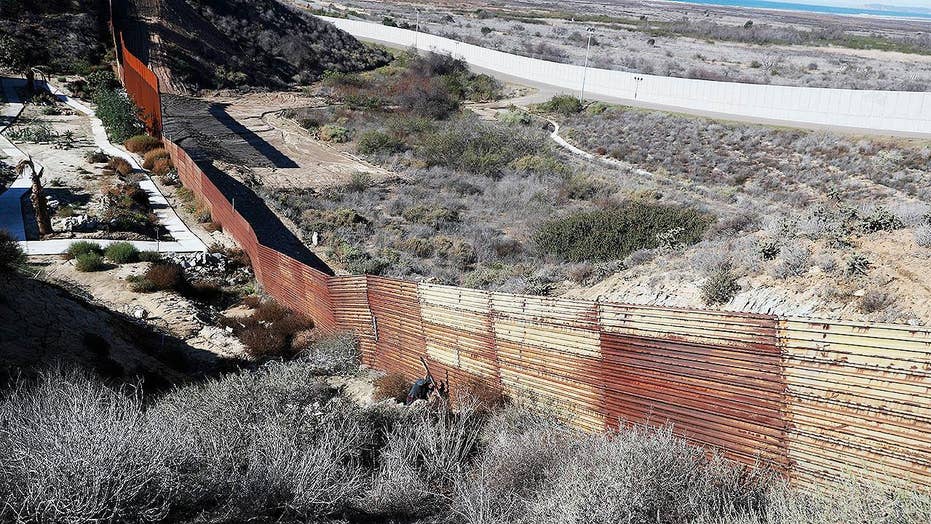 President launches threat on Twitter ahead of his meeting with Pelosi, Schumer on border wall funding to avoid a government shutdown; Kevin Corke reports from the White House.

President Trump threatened Tuesday to have the military “build the remaining sections” of the U.S.-Mexico border wall, appearing to revive a call to use Pentagon money to finish the project ahead of a meeting with congressional Democratic leaders opposed to the president’s funding request.

“People do not yet realize how much of the Wall, including really effective renovation, has already been built. If the Democrats do not give us the votes to secure our Country, the Military will build the remaining sections of the Wall. They know how important it is!” Trump vowed, capping a series of tweets meant to set the stage for the White House summit.

"Republicans still control the House, the Senate and the White House, and they have the power to keep government open," they said. "Our country cannot afford a Trump Shutdown," the Democrats said, adding that Trump "knows full well that his wall proposal does not have the votes to pass the House and Senate and should not be an obstacle to a bipartisan agreement." 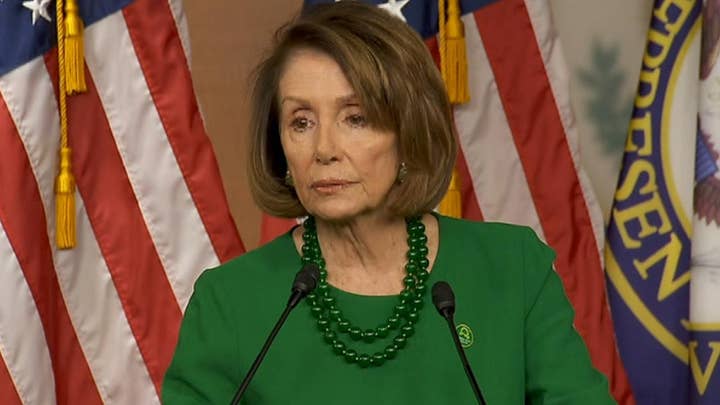 Congress last week temporarily averted a partial shutdown amid the funeral services for the late President George H.W. Bush, pushing the new deadline to Dec. 21. Trump was meeting at the White House Tuesday with Pelosi and Schumer to discuss a new government spending package – with border wall funding the biggest sticking point. The Democratic leaders arrived at the White House shortly before noon.

Trump wants $5 billion for the project, while Democrats are offering $1.3 billion for border security.

The president earlier this year pushed for military funding to finance the border project. But while administrations can move some money around in their budgets, they need approval from Congress – and the relevant appropriations bills for fiscal 2019 did not include money for this purpose.

Top Democrats also warned earlier this year that the Pentagon would not have the power to redirect funding to the border wall.

But Trump’s tweets marked the latest effort on both sides to project a strong negotiating position.

The president also claimed that the wall and fencing already in place helped turn back the migrant caravans forming in Mexico. He accused Democrats of sacrificing border security for political reasons, even suggesting Pelosi is holding up funding for a border wall in order to secure votes for the speakership in the next Congress.

“We have already built large new sections & fully renovated others, making them like new. The Democrats … however, for strictly political reasons and because they have been pulled so far left, do NOT want Border Security. They want Open Borders for anyone to come in. This brings large scale crime and disease,” he tweeted.

“Our Southern Border is now Secure and will remain that way … I look forward to my meeting with Chuck Schumer & Nancy Pelosi. In 2006, Democrats voted for a Wall, and they were right to do so. Today, they no longer want Border Security. They will fight it at all cost, and Nancy must get votes for Speaker. But the Wall will get built.”

Pelosi does face pressure from her base not to bend on the border wall funding fight. But more than the speaker’s gavel is at stake – Democratic votes in both the House and Senate could be critical for averting a partial shutdown.

Sixty votes are required in the Senate to overcome a filibuster. And, at least for the near-term, Republicans only have 51 members.

Republicans for the rest of the month have a comfortable majority in the House, but lack the votes on their side alone to pass a bill with or without wall money.

Pelosi and Schumer have urged Trump to support a bill that includes a half-dozen government funding bills largely agreed upon by lawmakers, along with a separate measure that funds the Department of Homeland Security at current levels through Sept. 30.

Democrats will likely push for a continuing resolution that funds the remaining appropriations bills if Trump doesn't agree to that, an aide told The Associated Press.

Trump said Friday that Congress should provide all the money he wants for the wall and called illegal immigration a "threat to the well-being of every American community."

Pelosi said she and many other Democrats consider the wall "immoral, ineffective and expensive."

Schumer said Democrats want to work with Trump to avert a shutdown, but said money for border security should not include the concrete wall Trump has envisioned. Instead, the money should be used for fencing and technology that experts say is appropriate, Schumer said.

"We do not want to let a Trump temper tantrum govern our policies or cause the shutdown of a government, which everyone on both sides of the aisle knows is the wrong idea," Schumer said. If Trump "wants to shut down the government over Christmas over the wall, that's his decision," he said.

Trump "wants to secure the border. He got elected president on that platform," Scalise told Fox News.

If there's a better way to secure the border than the $5 billion plan Trump has laid out, Democrats "need to come with an alternative," Scalise said Monday. 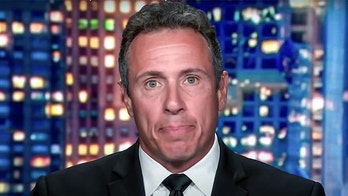