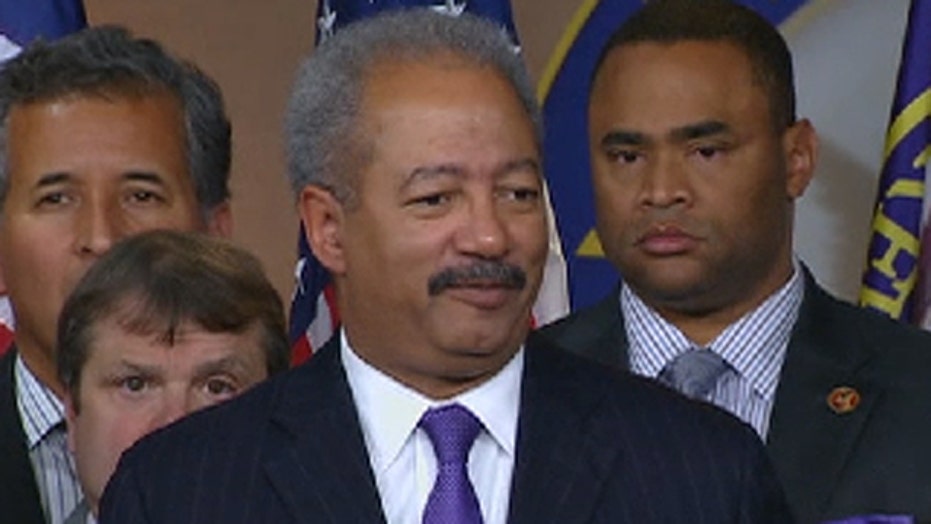 Democratic congressman says he did nothing wrong

The Justice Department announced that he and four "associates" were charged in a 29-count indictment for their role in the alleged conspiracy. The charges covered several schemes to conceal payments to various sources by allegedly creating sham contracts, passing money through other companies and, in one case, disguising a lobbyist's bribe as payment for a car he never sold.

In another case, Fattah allegedly settled a campaign debt by trying to help a consultant win millions in federal aid.

"As charged in the indictment, Congressman Fattah and his associates embarked on a wide-ranging conspiracy involving bribery, concealment of unlawful campaign contributions and theft of charitable and federal funds to advance their own personal interests," Assistant Attorney General Leslie Caldwell said in a statement. "When elected officials betray the trust and confidence placed in them by the public, the department will do everything we can to ensure that they are held accountable."

The 11-term Philadelphia Democrat -- who was the subject of a long-running federal investigation -- was specifically charged with racketeering conspiracy, bribery, conspiracy to commit wire, honest services and mail fraud, and other counts.

Fattah, emerging from his Capitol Hill office shortly after the indictment was announced, said: "I've never been involved in any wrongdoing." Fattah, who is a senior member of the powerful House Appropriations Committee, said he would recuse himself from a committee leadership role until the matter is "resolved."

He later said in a written statement: "As I have previously stated, I have never participated in any illegal activity or misappropriation of taxpayer dollars as an elected official. ... This will not be a distraction from my service to the people that elected me, and I am confident that I will be cleared of these charges."

The alleged schemes involve the misappropriation of funds from federal, charitable and campaign accounts. Prosecutors say, in one case, Fattah and his associates disguised a $1 million loan from a supporter in connection with his failed 2007 campaign for Philadelphia mayor. Then, they allegedly concealed the repayment by creating fake contracts and falsifying other records.

For this, they allegedly used a nonprofit Fattah founded in 1990 called the Educational Advancement Alliance -- using it to pay back part of the loan by sending hundreds of thousands of dollars in charitable and federal grant funds through other companies.

The indictment further alleges that the congressman tried to repay $130,000 in campaign debt by arranging for federal grant funds to the consultant -- prosecutors say the consultant forgave the debt in exchange for the congressman's help applying for a $15 million grant, which he ultimately did not get.

The indictment called this "a corrupt exchange in which Fattah promised to use his position as a United States Congressman to obtain federal funds in the form of a questionable earmark for a non-profit entity that did not exist, in order to pay off another mayoral campaign debt."

The indictment details a range of other schemes, including Fattah's alleged move to use money from various campaign funds to repay his son's student loan debt.

Further, the documents detail a scheme to portray an $18,000 bribe from Florida lobbyist Herbert Vederman, who sought an ambassadorship or a seat on the U.S. Trade Commission, as a car payment. FBI agents found the car in the garage at Fattah's Philadelphia home 26 months after the sale, the indictment said.

The indictment said Fattah and his "organization," meanwhile, launched a "lengthy campaign" to help Vederman win an appointment, going to President Obama, the White House deputy chief of staff, and others in the Executive Branch.

Vederman was among the group charged on Wednesday.

Fox News' Matthew Dean and Nicholas Kalman and The Associated Press contributed to this report.