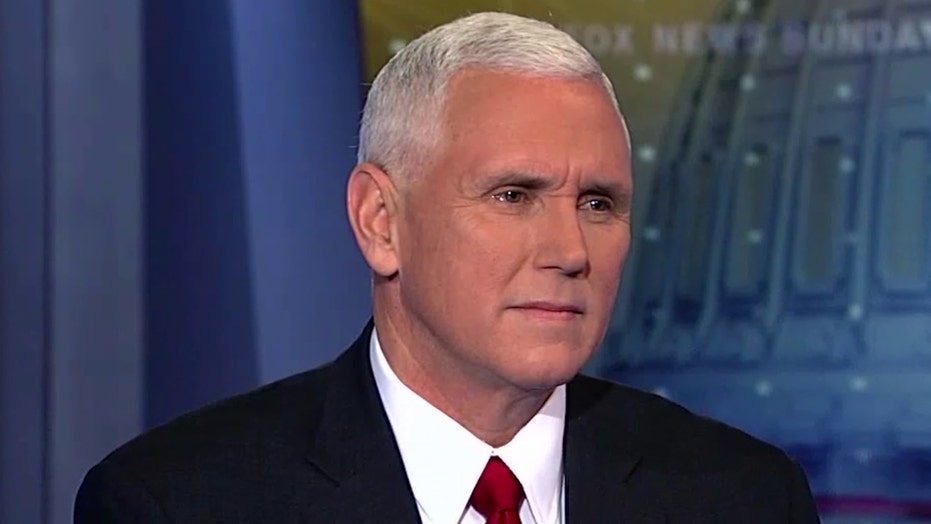 Vice President-elect Mike Pence on Sunday called for congressional Democrats, and all Americans, to unite under incoming President Donald Trump, and said he was “disappointed” in Democratic Rep. John Lewis for questioning the legitimacy of Trump’s presidency and urged him to reconsider his Inauguration Day boycott.

Lewis, a civil rights icon and Georgia congressman, said in an interview airing Sunday on NBC that he didn’t see Trump as a “legitimate president,” amid evidence Russia tried to hurt the candidacy of Democratic presidential nominee Hillary Clinton.

“While I have great respect for John Lewis and for his contributions, particularly to the civil rights movement, I was deeply disappointed to see someone of his stature question the legitimacy of Donald Trump’s presidency and to hear him say he was not attending the inauguration," Pence said. "I hope he reconsiders.”

Lewis joins a handful of congressional Democrats who say they won’t attend Inauguration Day on Friday, when Trump, a Republican, becomes the country’s 45th president.

"I think the Russians participated in helping this man get elected. And they helped destroy the candidacy of Hillary Clinton," Lewis also said in his interview with NBC's "Meet the Press."

On Saturday, Trump retaliated against Lewis for the remarks.

“Lewis should spend more time on fixing and helping his district, which is in horrible shape and falling apart,” Trump tweeted.

Trump, in a follow-up tweet Saturday, said Lewis should spend more time helping his "crime invested" district, instead of "falsely complaining about the election results."

Pence argued Sunday that Trump “has the right to defend himself.”

He also said that Lewis -- who was severely beaten in the historic, 1960’s “Bloody Sunday” civil rights protest -- acted irresponsibly in using that stature to attack Trump.

“It was an act of irresponsibility,” Pence said. “It’s just deeply disappointing to me, and I hope [Lewis] reconsiders.”