Citing the need to preside over the Senate’s sweeping tax overhaul, Vice President Mike Pence postponed his trip to Egypt and Israel until January, just one day before he was set to leave.

“The largest tax cut in American history is a landmark accomplishment for President Trump and a relief to millions of hardworking Americans. The vice president is committed to seeing the tax cut through to the finish line. The vice president looks forward to traveling to Egypt and Israel in January,” Alyssa Farah, Pence’s press secretary, said in a statement Monday.

Senior White House officials said the uncertainty of the timing of the Senate vote could have pushed back Pence’s schedule in Egypt and Israel, and the vice president felt it was important to be in the Senate in case he was needed to break a tie vote.

Pence is now scheduled to leave the week of Jan. 14, according to officials who spoke on condition of anonymity to discuss internal plans. 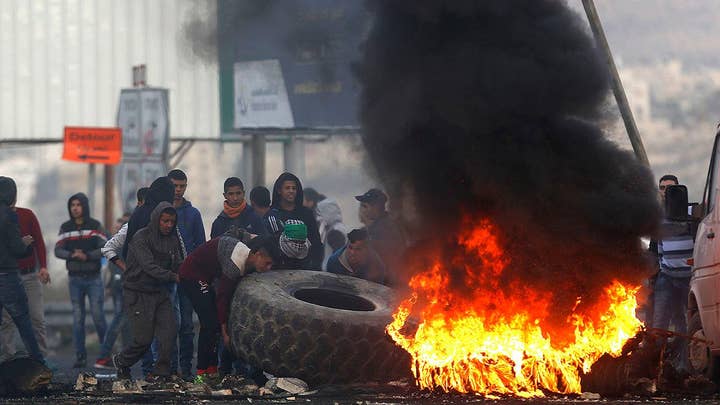 Pence had been expected to depart for Egypt on Tuesday night, followed by a visit to Israel and then a meeting with U.S. troops in Germany. The vice president’s office originally had planned to depart on Saturday night for Israel but pushed back his departure because of the pending tax bill.

The schedule shift came after President Trump’s decision to recognize Jerusalem as Israel’s capital prompted Palestinian officials and leading Muslim and Christian clerics in Egypt to refuse to meet with Pence.

The vice president had been scheduled to be in Cairo on Wednesday for a meeting with Egyptian President Abdel-Fattah el-Sissi and was expected to arrive in Israel later Wednesday for a visit to the Western Wall. Pence had been slated to hold meetings Thursday with Israeli Prime Minister Benjamin Netanyahu and deliver an address to the Knesset.

Republicans, who hold a narrow 52-48 majority in the Senate, can afford to lose just two votes while counting on Pence to break a tie.

GOP Sen. John McCain, R-Ariz., returned to his home state after being treated for a viral infection at Walter Reed Medical Center in Maryland. He had missed votes last week and will miss the vote on the tax bill.

GOP Sen. Thad Cochran, R-Miss., missed votes last week. Cochran had a non-melanoma lesion removed from his nose but is expected to vote on the tax bill.

Republicans are expected to pass the bill — a compromise that offers a substantial tax cut for corporations and across-the-board cuts for individuals — in the Senate by a narrow margin amid unified Democratic opposition, but officials close to Pence said the vice president did not want to take any chances.