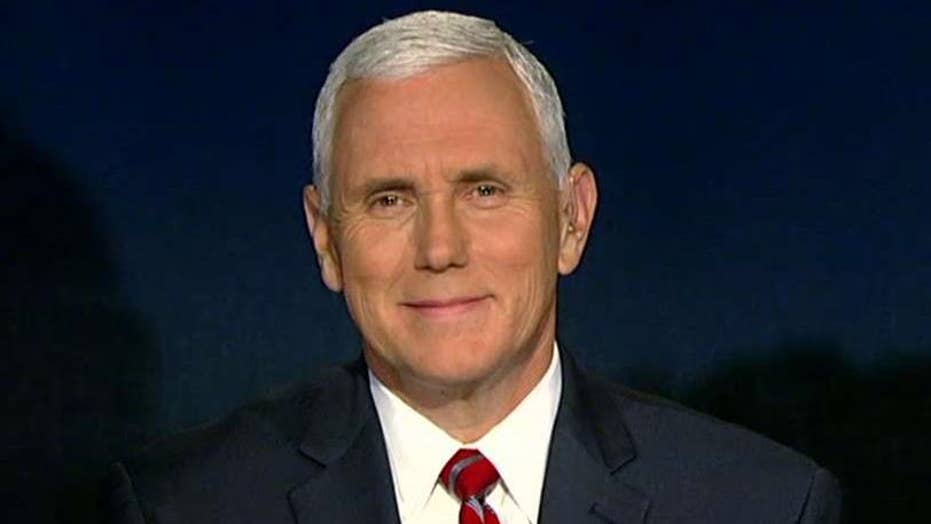 "There’s a lot of ways to get to that trillion dollars," Pence told Fox News' Sean Hannity on "Hannity." "Utilizing public and private partnerships, utilizing bonding authority and enlisting private capital, there’s ways that you can do this that are gonna be fiscally responsible, but also give us the resources that we need to rebuild America."

The Indiana governor said that Trump had already laid out the priorities for his first term in meetings with congressional leaders last week.

"He’s already said ‘I want to repeal ObamaCare right out of the gate and I want us to go straight to work on replacing it with free market reforms,’" Pence said. "We’re going to end illegal immigration ... We’re going to reform taxes to jumpstart this economy ... You’re going to see this president-elect nominate a strict constructionist to the Supreme Court ... It’s going to be a very exciting time."

Pence also declined to say whether there would be a place in the Trump administration for 2012 GOP presidential nominee Mitt Romney, but did say that the onetime antagonists had a "very cordial and a very substantive discussion" over the weekend in New Jersey.

"What I saw ... was two men who are completely focused on the country," Pence said. "[They were] completely focused on what’s in the best interest of the United States and America standing tall in the world and reviving our economy at home. And I was frankly very impressed with the discussion."