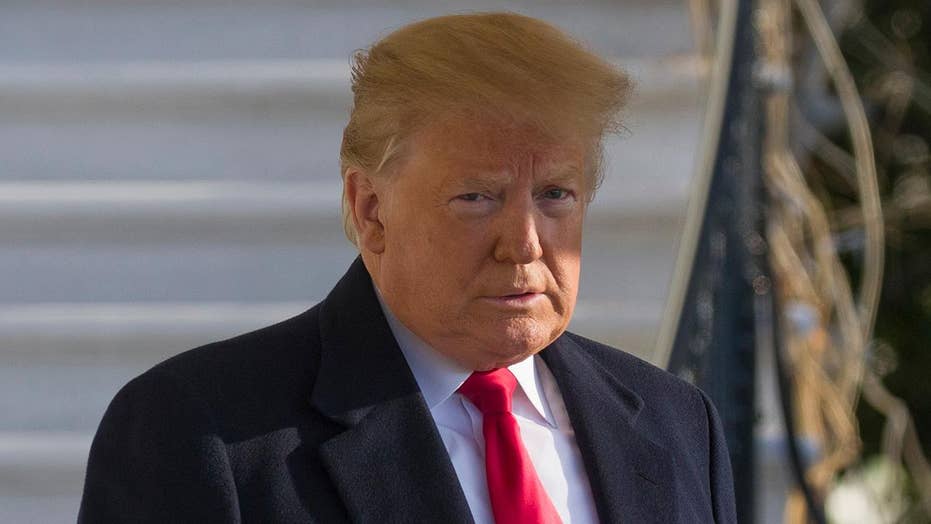 Speaker of the House Nancy Pelosi, D-Calif., and Senate Minority Leader Chuck Schumer, D-N.Y., argued that since Trump's speech will be broadcast, the other side of the aisle should have their fair share of broadcast time, too.

AS PARTIAL GOVERNMENT SHUTDOWN CONTINUES, CAN TRUMP DECLARE AN EMERGENCY? A LOOK AT WHAT THAT MEANS

“Now that the television networks have decided to air the President’s address, which if his past statements are any indication will be full of malice and misinformation, Democrats must immediately be given equal airtime," they said in a statement.

Trump said he'll be talking at 9 p.m. ET about the U.S.-Mexico border — the fight over which sparked the partial government shutdown. The address will be carried live by ABC, CBS, CNN, Fox Broadcasting, Fox News Channel, Fox Business Network, MSNBC and NBC.

Pelosi and Schumer said that Democrats "and an increasing number of Republicans in Congress" have urged Trump and Senate Majority Leader Mitch McConnell, R-Ky., to "re-open the government while Congress debates the President’s expensive and ineffective wall."

The government is on day 16 of the partial shutdown — the second-longest in history slated to become the longest this weekend.

Trump told congressional Democratic leaders during a meeting on Friday that he was willing to keep the government shutdown for as long as necessary — possibly months or even years — in order to get the border funding he wants.

After a weekend filled with meetings about the shutdown, the president moved to call for a steel wall, rather than a concrete barrier, at the southern border. Trump framed the pitch for a steel wall as a concession to Democrats to move negotiations along, although they do not appear moved by the president's message.

"President Trump keeps rejecting the bipartisan House-passed bills, which have already received strong bipartisan support in the Senate, to re-open the government," Pelosi and Schumer's statement read. "Instead, he is still demanding that American taxpayers pay at least $5.7 billion for his wall, which can’t pass either chamber of Congress and of course Mexico is not paying for."