The House minority leader made the comments while she was talking about President Trump's immigration policies; reaction from Fox News contributor Guy Benson.

The outlandish slip-up about the deadliest attack on U.S. soil came during a discussion in which Pelosi criticized the Trump administration’s stance on immigration and its claims that the Democrats have been weak on border security.

She claimed that Republicans are actually weaker on the issue than Democrats because they did not implement some of the 9/11 Commission’s recommendations that concerned border security enforcement and immigration.

The 9/11 terror attacks, perpetrated by Al-Qaeda terrorist group and its leader Usama bin Laden, killed around 3,000 people in what was the deadliest terror attack on U.S. soil in modern history.

Pelosi went on to say that only in 2006 – when Democrats overwhelmingly won the midterm elections amid dissatisfaction with wars in Afghanistan and Iraq – a border security measure was introduced. 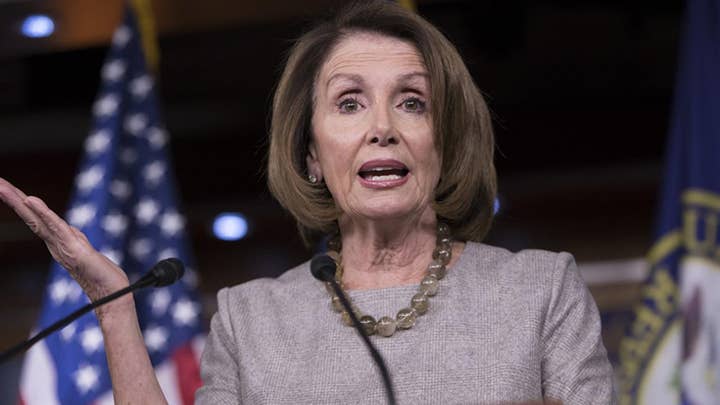 The top Democrat’s attempts to portray the Republicans as weak on immigration may hit the wall as her colleagues at the party are increasingly lurching leftward on the issue of immigration.

Some top mainstream Democrats, including U.S. Sens. Kirsten Gillibrand of New York and Elizabeth Warren of Massachusetts, are embracing the goal of abolishing the U.S. Immigration and Customs Enforcement agency over its role in deporting illegal immigrants.

Congressional Democrats are also opposed to Trump’s signature issue of the border wall on the U.S.-Mexico border, blocking any efforts in Congress to provide funding toward the project.