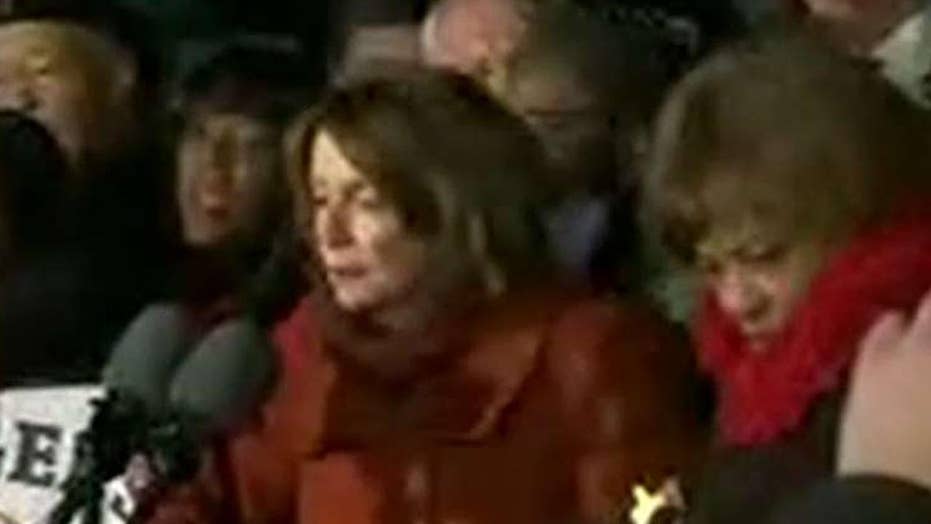 House Minority Leader Nancy Pelosi, D-Calif., was heard on a hot mic instructing a fellow representative to tell the crowd he is a Muslim.

Pelosi, who was attending a protest of President Trump’s temporary immigration ban outside the Supreme Court, introduced Rep. Andre Carson, D-Ind. She introduced him as a “Muslim member of Congress.”

Carson referred to himself as a Congressman, a former police officer and a Muslim.