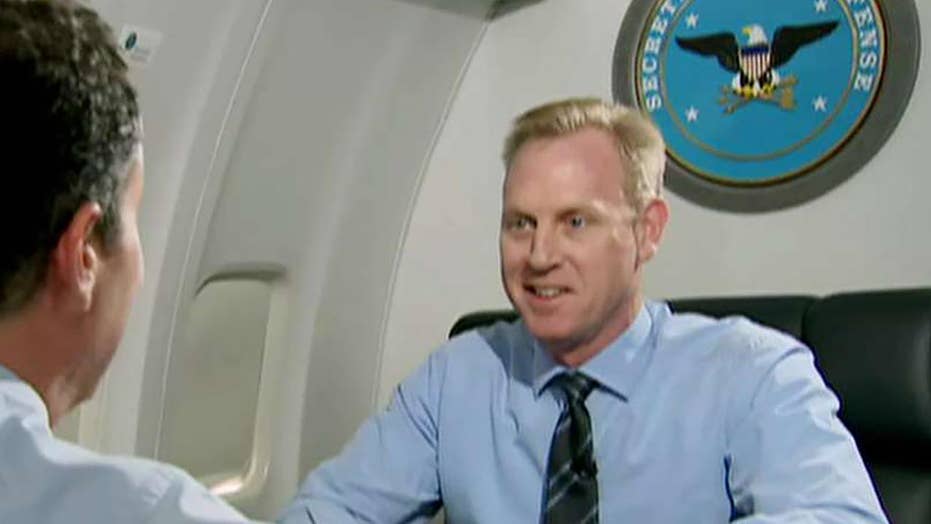 President Trump's pick for Secretary of Defense Patrick Shanahan lays out his strategy for defending the country in an exclusive interview with 'Fox &amp; Friends' co-host Brian Kilmeade.

Acting Defense Secretary Patrick Shanahan said in an exclusive “Fox & Friends” interview Monday that there is a "crisis" at the southern border and he will follow President Trump's "direct legal order" to provide security.

Shanahan, who will be nominated by President Trump to be defense secretary after serving since Jan. 1 in an interim capacity, was asked by Brian Kilmeade about critics who do not want Defense Department funds to be shifted to border security.

"We have a crisis at the border, a national emergency declared by the president," he responded. "The commander-in-chief has given me a direct legal order to secure the border. I'm securing the border."

A U.S. defense official confirmed to Fox News Friday that the Pentagon would spend an additional $1.5 billion to build 80 more miles of wall along the U.S.-Mexico border

The funds were originally earmarked for support of Afghan security forces and other projects.

"Today, I authorized the transfer of $1.5 billion toward the construction of more than 80 miles of border barrier," Shanahan announced. "The funds were drawn from a variety of sources, including cost savings, programmatic changes, and revised requirements, and therefore will have minimal impact on force readiness."

Shanahan visited a border city in Texas on Saturday, where he noted that he intended to accelerate planning to secure the border and bolster the administration’s ability to accomplish that without the Pentagon’s continuous help.

"We’re gonna be here until the borders are secure,” he told Kilmeade. "We’ve got to have the backs of the men and women here who are being overrun."

Shanahan told Congress this past week that there have been 4,364 military troops on the border, including active-duty and National Guard, building barriers, providing logistics and transportation service and other activities in support of Customs and Border Protection. The troops have been prohibited from performing law enforcement duties.

Troops have been deployed on the border since last October and are set to remain there through September.

Shanahan served previously as a senior executive at Boeing Inc. and was tapped by Trump in December after Gen. James Mattis resigned from the post.

"What I like about working with the president is, he's a CEO," Shanahan told Kilmeade.

"I've worked for CEOs. He's focused on outcomes and results. Will we always agree on everything? No. Are we focused? Do we have the same interests? And the same focus? Yes. My job is to get the results we need to make this country successful. To defend this country."