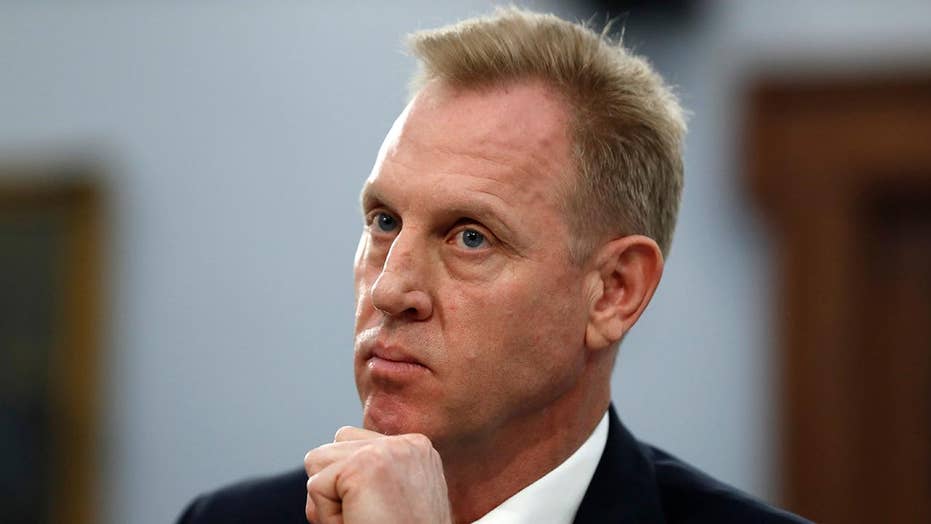 Shanahan has been acting defense secretary since the resignation of Gen. James Mattis.

The Pentagon has approved a plan to spend an additional $1.5 billion to build 80 more miles of wall along the U.S.-Mexico border, a U.S. defense official confirmed to Fox News Friday.

Acting Defense Secretary Patrick Shanahan approved the re-allocation of funds, which were originally earmarked for support of Afghan security forces and other projects, to help pay for the wall along the southern border.

"Today, I authorized the transfer of $1.5 billion toward the construction of more than 80 miles of border barrier," he said. "The funds were drawn from a variety of sources, including cost savings, programmatic changes, and revised requirements, and therefore will have minimal impact on force readiness."

The combined total of $2.5 billion is in response to President Trump’s declaration of a national emergency at the border.

But the plan to divert Pentagon funding has sparked criticism from congressional Democrats, who accused Shanahan of not seeking approval to “reprogram” the funds without congressional authority. Shanahan and other senior defense officials claimed in response they did not have to get permission from Congress despite the objections from Democratic lawmakers.

Shanahan, who has said he plans to visit the border on Saturday, said that the Pentagon is “fully engaged” in fixing the border crisis. He said that more than 4,000 troops and 19 aircraft are supporting Customs and Border Protection personnel.

The funds are being reprogrammed from the Afghan Security Forces Fund, a project focused on chemical weapons, Air Force programs, savings related to a military retirement system, and coalition support funds. The Pentagon is also expected, at some point, to transfer up to $3.6 billion from military construction budgets to pay for wall construction, but details of those plans have yet to be announced.

The move comes after White House Press Secretary Sarah Sanders said Thursday that the president would officially nominate Shanahan to be the next U.S. secretary of defense. The decision to have Shanahan permanently lead the department “is based upon his outstanding service to the country and his demonstrated ability to lead.”

"Acting Secretary Shanahan has proven over the last several months that he is beyond qualified to lead the Department of Defense, and he will continue to do so," Sanders said in a statement Thursday.

Shanahan said he was “honored” by Trump’s decision.

Fox News’ Liz Zwirz and The Associated Press contributed to this report.