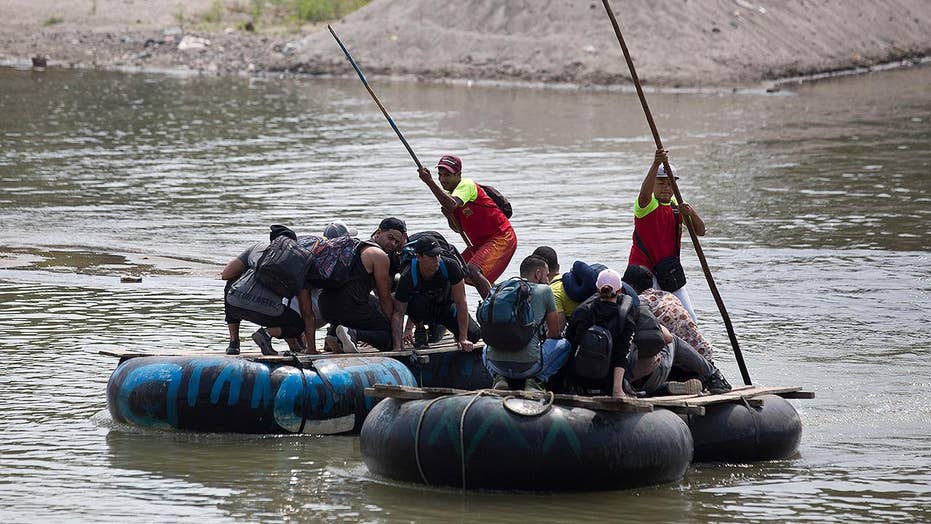 National Border Patrol Council: Democrats are turning a blind eye to the crisis at the border

The reality of the border crisis in our country can no longer be ignored. As a Texan, I see it first hand. And according to recent polls, most Americans see it too. Democrats in Washington must work to address this issue. Not only because it’s a national emergency but, if recent polls are correct, inaction on the border will mean historic Democrat losses in 2020.

According to the latest Washington Post poll on immigration, a third of the U.S. population believes that the illegal immigration situation at our southern border is a crisis. While the overall number has increased by 17 points since the last poll in January, the most significant jump has been among self-identified Democrats, up from just 7 percent to 24 percent. An additional 35 percent said that they deemed the border situation as "serious," meaning a whopping 80 percent of individuals surveyed understand the situation at the border cannot continue.

With an extremely crowded Democrat field for 2020, voters hear almost nothing about this crisis at the border. Instead, candidates are pushing failed pipe dreams such as the Green New Deal, free college tuition, and allowing 16-year-olds to vote.

While environmental issues and tax-and-spend pandering might move the needle in New York and Los Angeles, Americans in the rest of the country are concerned about the ramifications of porous borders and what it means for their livelihood, security and the future of our nation.

If Democrats believe they can stay the course with their open-borders approach, they are out of touch or poorly served by their political staff. Each week reports about tens of thousands of illegal immigrants being apprehended at the border continue to make headlines. In action from Washington means the Democrats are willing to risk an entire election cycle in the hopes that at some point the influx of illegals entering our country overwhelms our ability to do anything but grant amnesty.

The lack of border security is a full-blown crisis affecting thousands of Americans, their homes, and their livelihoods.

Even the far-left editorial board of the New York Times believes there is a crisis at the border and that it’s in need of funding. While they foolishly call for no wall funding, their admission that greater resources are needed shows the gravity and magnitude of what is happening at our nation’s boundaries. The sheer volume of individuals (legal or illegal) crossing the border is a problem. Yet, the Democrats and their presidential hopefuls have no clear vision on how to address the problem.

There is another side to this coin as well though. Republicans, who have failed to adequately address the crisis, should take this opportunity to shine a light on the border, brighter than ever before. As the public turns its eyes and recognizes the crisis, there is finally an opportunity to leverage public concern and achieve political solutions.

Gone should be the lukewarm ideas of amnesty and pause buttons, and actual remedies like returning illegal border crossers and the most dangerous of these immigrants should be at the forefront of any plan. If the Democrats are going to ignore this threat to national security, either through apathy or inability, the GOP should take advantage of the Democrats inadequacy.

European states are battling similar crises in several of their nations, and as each election comes and goes, we see hardline nationalists winning elections because they have the audacity and conviction to stand up for the security of their people. While not all of these leaders have views worthy of praise, on the issue of immigration and national security their vision is bold and clear and is driving voters to the polls.

All of this comes on the heels of another poll that shows Democrat voter enthusiasm dropping, placing it now equal with Republican enthusiasm for the 2020 election, a stark contrast to the almost double-digit lead Democrats held over GOP voters in 2018. As a seasoned political consultant, I concede that polls this far from Election Day don’t always accurately predict final results. But taken together, these numbers show that the American public is looking for answers to the growing crisis at the southern border, and as each day passes without someone addressing the situation, frustration grows.

It is unclear if Presdent Trump’s tepid response so far is enough to satisfy voters. However, the complete disregard for the problem shown by Democrats does not bode well for their chances in 2020.

Ask anyone from a border state like mine and we will tell you this problem is not academic, it is not theoretical, and it isn’t merely a political issue with a binary policy stance. It is a full-blown crisis affecting thousands of Americans, their homes, and their livelihoods. If Democrats are unwilling to even acknowledge the problem, not only will they lose in these states, but the 2020 electoral map may look a lot like it did in 1984.

Jason Johnson is a seasoned Republican political strategist and founder of J2 Strategies, a political firm based in Austin, Texas. Johnson was the chief strategist for Ted Cruz's 2016 presidential campaign and as well as influential in helping Cruz win his past two elections for U.S. Senate. He has also worked with Texas Gov. Greg Abbott. Jason is an outspoken conservative voice and a regular on cable news and national radio programs.