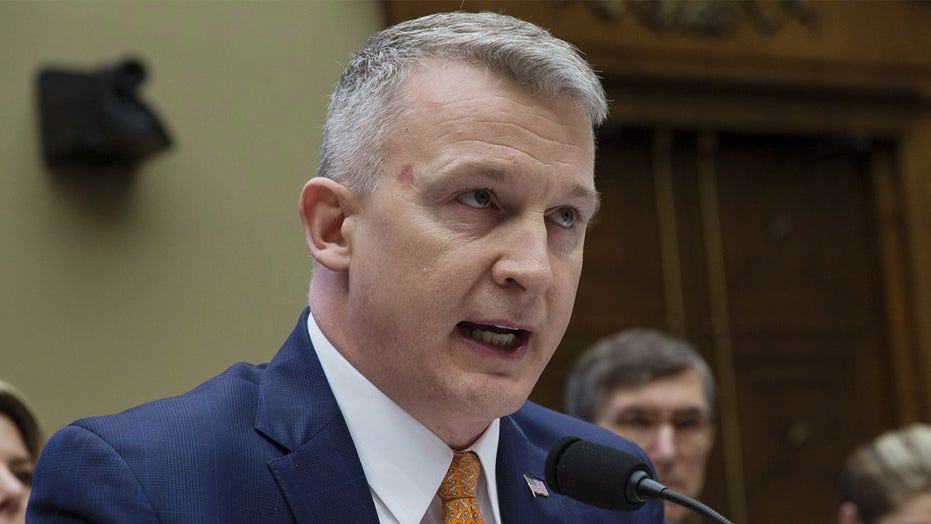 But there's a small problem with the media narrative.

The expert who said Wednesday that he was removed from his job at a top research agency within the Department of Health and Human Services (HHS) for opposing a controversial and unproven drug to fight the coronavirus allegedly had been under the microscope for months for "incompetence and insubordination," according to a report, and had actually worked to advance government priorities on the drug.

Rick Bright, who has a Ph.D. in immunology and molecular pathogenesis, was transferred on Tuesday from his previous role as the head of the Biomedical Advanced Research and Development Authority (BARDA) to a new job with the National Institutes of Health (NIH). He said in a statement Wednesday that the apparent demotion was because, "contrary to misguided directives, I limited the broad use of chloroquine and hydroxychloroquine, promoted by the Administration as a panacea, but which clearly lack scientific merit."

That statement was put out by Bright's lawyers at Katz, Marshall, & Banks, LLP, the law firm that represented Christine Blasey Ford, the woman who accused Supreme Court Justice Brett Kavanaugh of sexual assault during his confirmation.

But a statement from HHS Wednesday said Bright had worked to advance administration priorities on the controversial treatments and a report by Politico indicated Bright had been on thin ice with his superiors for months, if not more.

"As it relates to chloroquine, it was Dr. Bright who requested an Emergency Use Authorization (EUA) from the Food and Drug Administration (FDA) for donations of chloroquine that Bayer and Sandoz recently made to the Strategic National Stockpile for use on COVID-19 patients," the statement read. "The EUA is what made the donated product available for use in combating COVID-19."

Meanwhile, Politico reported that Bright had significant disagreements with his superiors over the previous year that put him on a tenuous footing, citing five officials who were either previously with or currently at HHS. The reporter who authored the Politico story later tweeted a text conversation with an individual who purportedly knew about the disputes between Bright and his bosses, which took place on Jan. 2.

"He is going to be removed from his job for incompetence and insubordination," one message read, referring to Bright.

Chloroquine and hydroxychloroquine are anti-malarial drugs that the Trump administration has controversially touted as a possible treatment for the coronavirus but which have seen only limited scientific backing behind them. A study released Tuesday of 368 patients in veterans' hospitals found no benefit from hydroxychloroquine, including more deaths compared to those given typical care.

Nevertheless, the government last month authorized the use of the drugs to fight the coronavirus in some patients — an announcement Bright even posted on Twitter. That authorization was on a "limited" basis, as Bright said in his statement, for patients for whom clinical trials would not be possible, rather than the "broad" use he said he worked to prevent.

But that opposition to the anti-malarial drugs was not obvious to those within HHS, according to Politico.

"If Bright opposed hydroxychloroquine, he certainly didn't make that clear from his email — quite the opposite," one official told the outlet regarding a message Bright sent after the department acquired a large stockpile of the drugs.

Bright, in his Wednesday statement, alleged that his reassignment was politically motivated and could hurt the federal government's coronavirus response.

Rick Bright, former deputy assistant secretary for preparedness and response for Health and Human Services (HHS), speaks during a House Oversight and Investigations Subcommittee hearing in Washington, D.C. last month. Bright said Wednesday that he was transferred to a lesser role after questioning a drug favored by President Trump to combat the coronavirus. (Photographer: Toya Sarno Jordan/Bloomberg via Getty Images)

"Sidelining me in the middle of this pandemic and placing politics and cronyism ahead of science puts lives at risk and stunts national efforts to safely and effectively address this urgent public health crisis," he said.

President Trump, for his part, said that he had not even heard of Bright in his Wednesday coronavirus task force briefing.

After the reporter informed Trump that Bright had made the comments on being allegedly forced to a lesser job on Wednesday, Trump continued, "No, I never heard of him. If the guy says he was pushed out of a job, maybe he was, maybe wasn't. You'd have to hear the other side. I don't know who he is."

Bright indicated in his statement Wednesday that he intended to ask for an investigation into his removal.

Attorney Debra Katz puts her hand on Christine Blasey Ford as she testifies before the Senate Judiciary Committee during the 2018 confirmation of Supreme Court Justice Brett Kavanaugh. (AP Photo/Andrew Harnik)

"I will request that the Inspector General of the Department of Health and Human Services investigate the manner in which this Administration has politicized the work of BARDA and has pressured me and other conscientious scientists to fund companies with political connections as well as efforts that lack scientific merit," he said.

"The administration’s removal of Dr. Bright from his position as director of BARDA is retaliation plain and simple," they said. "The results from the administration’s refusal to listen to the experts and to sideline those like Dr. Bright who point out any errors in the government’s response will continue to be catastrophic for the American people."

Fox News reached out to Katz, Marshall, & Banks' law firm for comment on Bright's alleged clashes with his superiors and work on the malaria drugs but the firm did not immediately respond with a statement.

In a new statement released Thursday, the firm said: "The administration is now making demonstrably false statements about Dr. Bright."