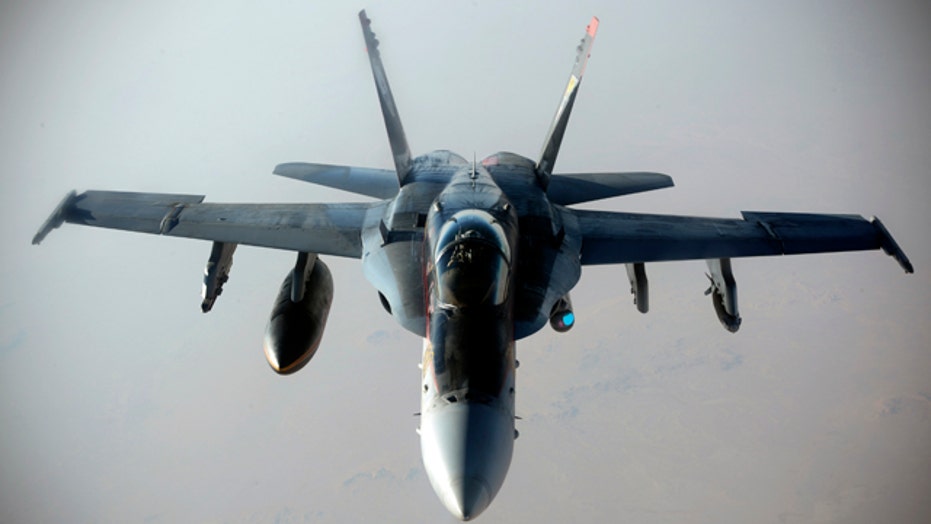 After nearly two months of conducting airstrikes over Iraq and Syria, the Pentagon is being pressured to answer a basic question: What are they calling this war?

Every U.S. military intervention since the invasion of Panama in 1989, code-named Operation Just Cause, has had a name. And there are reasons for that -- as the name clears up a number of areas of potential confusion.

What does the Pentagon put on the subject line when its accountants submit billions of dollars in military receipts to Congress?

Or, what service medal will these men and women fighting overseas be earning? It can't be the Global War on Terror ribbon. The Pentagon only designated those medals for missions in support of Operation Enduring Freedom, in Afghanistan, which is distinct from the mission in Iraq and Syria.

The debate over what to call this war follows a debate over whether to call the airstrikes a war at all. Secretary of State John Kerry initially was reluctant to do so, but U.S. officials eventually conceded that it is a "war" in the same way the U.S. has been at war with Al Qaeda and its affiliates.

Now, the absence of any name for the mission is becoming just as perplexing.

Pentagon Press Secretary Rear Adm. John Kirby was pressed about the mission name following a report in The Wall Street Journal late last week, which quoted an anonymous Defense official who offered his own explanation. "If you name it, you own it," he told the Wall Street Journal.  "And they don't want to own it."

Nevertheless, in September, Kirby said he knew of "no plans to name the operation." Yet on Friday, he said there is "an effort underway to consider ... a potential name for this operation."

Kirby explained that one reason for waiting to name the operation has to do with the complex evolution of the mission. He walked a fine line, arguing the mission was changing but also has generally remained "the same."

"So in Iraq, the mission has been the same ... but the resources applied and some aspects of it have changed over time," he said. "For instance ... we weren't doing airstrikes in Syria, and now we are. The other thing that has evolved and changed over time of that mission is the participation of coalition members."

While the Pentagon laid out a careful explanation for why it had not named the anti-ISIS mission, there was no hesitation in assigning a name to the operation to combat Ebola in West Africa.

That mission was given an operational name the same day it was announced: Operation United Assistance.

This isn't the first time the name of a military mission has stirred confusion and controversy.

President Obama made it one of his first orders of business in 2009 to remove the Global War on Terror moniker from the military's vocabulary, particularly as it pertained to the budget. He replaced it with "Overseas Contingency Operations."

The argument now is that the war against the Islamic State is a little more serious than the average contingency. Obama acknowledged this is a "long-term project." The Pentagon has said it could take "years and years" to complete. And on Monday, former Secretary of Defense Leon Panetta said it could be a "30-year war."

On Friday, the Navy identified the first casualty in the unnamed war against ISIS.

Marine Cpl. Jordan Spears was lost at sea after he and another crewman abandoned their MV-22 Osprey when it nearly crashed into the Persian Gulf, shortly after taking off from the USS Makin Island. One Marine was recovered but Spears was never found.