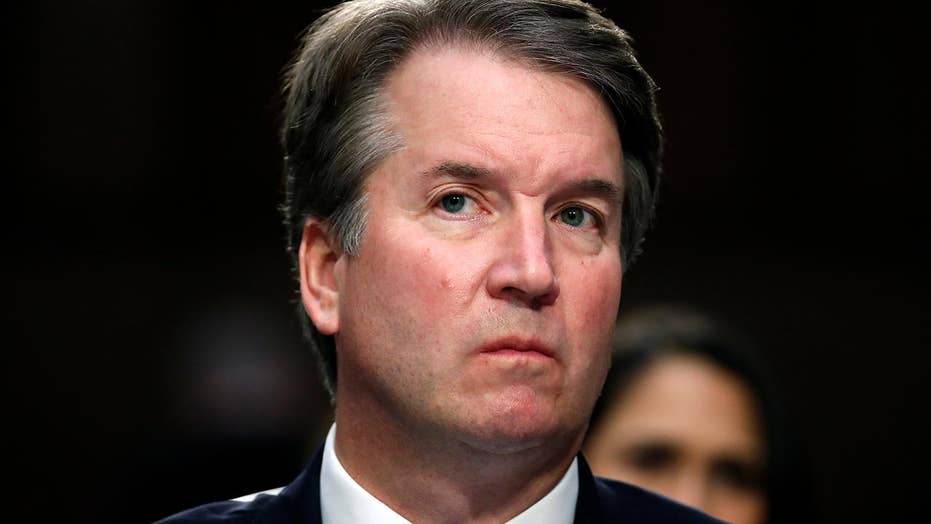 Sen. Dianne Feinstein questions Supreme Court nominee Brett Kavanaugh on an email he wrote saying he believed it was an overstatement to say all legal scholars see Roe v. Wade as 'settled law of the land.'

During his Supreme Court confirmation hearing, Brett Kavanaugh has called Roe v. Wade an “important precedent” that has been “reaffirmed many times.” However, in newly released emails from the Senate Judiciary Committee, Kavanaugh once questioned whether the landmark Supreme Court decision legalizing abortion in the U.S. should be considered “settled law.”

“I am not sure that all legal scholars refer to Roe as the settled law of the land at the Supreme court level since Court can always overrule its precedent, and three current Justices on the Court would do so,” Kavanaugh said in a 2003 email.

When asked by Sen. Dianne Feinstein, D.-Calif., the ranking member of the Senate Judiciary Committee, to clarify his thoughts on Roe, Kavanaugh said he was referring in the email to “what legal scholars” might say.

Kavanaugh then reiterated that he believes Roe v. Wade to “be an important precedent of the Supreme Court” that has “been reaffirmed many times.”

Sen. Patty Murray, a Democrat who is not on the Senate Judiciary Committee, said Kavanaugh “has been pretending he wouldn’t overturn Roe v. Wade by hiding behind the idea that it’s ‘settled law’ and ‘precedent.’”

“That’s what he’s been saying in his hearings so far, and he’s hoping that fools women across the country into thinking their rights and freedoms are safe,” Murray said Thursday.

Many senators questioned Kavanaugh about his opinions on abortion during his confirmation hearing. He said he understood the “importance of the issue.”

“One of the important things to keep in mind about Roe v. Wade is that it has been reaffirmed many times over the past 45 years, as you know, and most prominently, most importantly, reaffirmed in Planned Parenthood v. Casey in 1992,” Kavanaugh said.

The nomination of Kavanaugh to the Supreme Court set off warning bells from women’s rights groups and liberals – including former Secretary of State Hillary Clinton – who warned he could move to overturn Roe v. Wade.

But even if Kavanaugh is appointed to the bench, the court probably wouldn’t have an impact on Roe anytime soon, Carol Sanger, a Columbia Law School professor, previously told Fox News.

If such a case did come up, and the court decided to overturn Roe, abortion wouldn’t necessarily become automatically illegal in the U.S. Instead, it would leave the issue up to the states.

Only four states have so-called “trigger laws” in place that would make abortion almost automatically illegal if Roe v. Wade is overturned. But other states already have laws on the books, pre-dating Roe, which legalizes abortion.

Kavanaugh’s involvement in a case of an undocumented teenager who sought to be released from custody to have an abortion has come under scrutiny during the hearing. While the court eventually allowed her to have the procedure, Kavanaugh disapproved. He argued if the government helped the 17-year-old get the procedure, then it ignores its “permissible interest in favoring fetal life, protecting the best interests of a minor and refraining from facilitating abortion.”