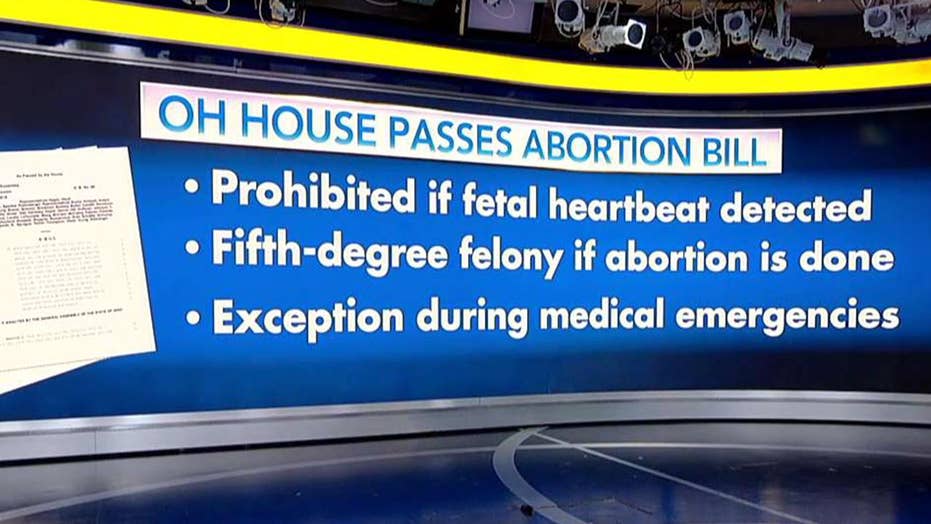 When Ohio legislators in December passed the heartbeat bill, which would make abortions illegal once a fetal heartbeat can be detected, former Gov. John Kasich's refused to sign it into law.

But state legislators -- who came one vote short of overriding Kasich's veto -- are giving new life to the bill, which is expected to pass in March. Ohio Gov. Mike DeWine, a pro-life Republican, has already vowed he will "absolutely" sign the controversial legislation. The bill is being introduced in both houses by Republicans, in the state Senate by Kristina Roegner and in the House of Representatives by Ron Hood and Candice Keller.

Both sides of the abortion debate are preparing for the possibility of Roe v. Wade being overturned. Roegner said the heartbeat should be the new standard, not the viability of the fetus.

“The presence of a heartbeat is a universally recognized sign of life," Roegner argued Wednesday. “If government exists to protect the weak and vulnerable, then the point when that begins should be clear.”

The law, formally known as the Human Heartbeat Protection Act, could ban abortions as early as six weeks -- or before most women know they are pregnant -- as supporters point to how medical technology can now detect the preborn child's heartbeat that early.

The Ohio Planned Parenthood chapter slammed the bill as soon as it was announced.

"The early introduction of the SB 23, the unconstitutional six-week abortion ban, highlights the misguided and dangerous priorities of our state legislators. This bill seeks to ban abortion before most people know they're pregnant," the group wrote. "It's shameful."

Ohio Right to Life, which was previously neutral on the legislation, has pegged the bill as their top legislative priority.

"A detectable heartbeat is the clearest indicator that life is present," Mike Gonidakis, president of Ohio Right to Life, said in a statement. "Ohio law should recognize this reality and protect unborn babies with a heartbeat. Ohio continues to lead the nation in advancing pro-life policy...we believe that the Human Heartbeat Protection Act is the next step in our incremental approach to end abortion-on-demand."

A similar bill that passed in Iowa was struck down by a judge because it violated the state's constitution.