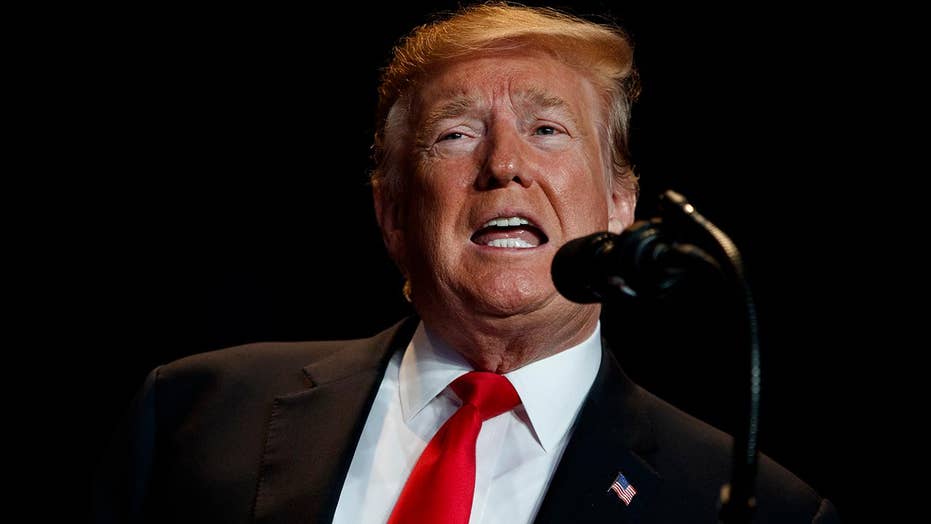 Trump speaks at National Prayer Breakfast: We have people that love their country and love their faith

President Trump says many great U.S. achievements have been led by faith leaders.

President Trump said the U.S. must “build a culture” that will cherish the “dignity and sanctity of human life,” during remarks at the National Prayer Breakfast in Washington D.C. on Thursday.

The president’s pro-life remarks during his annual speech at the gathering, which drew members of his Cabinet and members of Congress, including House Speaker Nancy Pelosi, built on his comments during his State of the Union address earlier this week.

“We must build a culture that cherishes dignity and sanctity of innocent human life,” Trump said. “All children, born and unborn, are made in the holy image of God. Every life is sacred, and every soul is a precious gift from heaven.”

Trump went on to quote scripture, saying: “As the Lord says in Jeremiah, ‘before I formed you in the womb, I knew you –before you were born, I set you apart.’”

The president’s comments come as multiple states across the nation have passed or are looking to pass legislation that would loosen restrictions for third-trimester abortions—something he vehemently opposes.

During his State of the Union address Tuesday night, Trump condemned those laws.

“There could be no greater contrast to the beautiful image of a mother holding her infant child than the chilling displays our nation saw in recent days,” Trump said Tuesday, referring to efforts in Virginia and the newly-passed law in New York making it legal to abort a fetus up until birth. “Lawmakers in New York cheered with delight upon the passage of legislation that would allow a baby to be ripped from the mother’s womb moments from birth. These are living, feeling, beautiful babies who will never get the chance to share their love and dreams with the world.”

He added: “To defend the dignity of every person, I am asking Congress to pass legislation to prohibit late-term abortion of children who can feel pain in the mother’s womb. Let us work together to build a culture that cherishes innocent life.”

“Today and every day let us pray for the future of our country, let us pray for courage to pursue justice, and wisdom to forge peace,” Trump said. “For a future where every child is warm ,safe, in a loving home.”

He added: “[Let us] come together for people, the strength of families, the safety of citizens, fulfillment of deepest hopes and highest potential, and let us always give thanks for the miracle of life, creation, and the grace of God.”