Fox News has confirmed the departure of Corbin Trent from Rep. Alexandria Ocasio-Cortez's re-election campaign. He was the campaign’s spokesman and former leader at Justice Democrats.

Rep. Alexandria Ocasio-Cortez, D-N.Y., is coming under fire after urging illegal immigrants to participate in the upcoming census -- with opponents saying her language was “anti-American,”

"We're all going to get mailed a prompt to fill out the census in the next two weeks or so," she said Thursday on “Late Night with Seth Meyers.” "And so I think what’s really important is that we all fill this out. It happens once every 10 years.”

“Every single person, no matter your documentation status, no matter your housing status, income, etc., is to be counted,” she said, before assuring viewers that the data included is “completely confidential” and not shared with other agencies.

“So don’t worry if you’re having a creative living situation, it’s not going to be told to your landlord or anything crazy like that,” she added.

The census is a once-a-decade population count that determines how $1.5 trillion in federal spending is allocated, and also how many congressional seats each state gets. The Census Bureau notes that it counts “our population and households” in the U.S.

The remarks come after she shared a video, distributed by New York City Mayor Bill de Blasio's office, and emphasized that "you will NOT be asked about immigration status."

Ocasio-Cortez’s remarks angered at least one New York lawmaker -- who said her rhetoric was “anti-American.”

“Illegal aliens should not be counted equally to law-abiding Americans and legal immigrants – plain and simple,” Assemblyman Mike LiPetri said in a statement.  “When radical left-wing politicians like AOC make such statements, she sends a message to all Americans and legal immigrants that it doesn’t matter if you work hard and play by the rules, we’re going to prioritize criminals and those here illegally over you.” 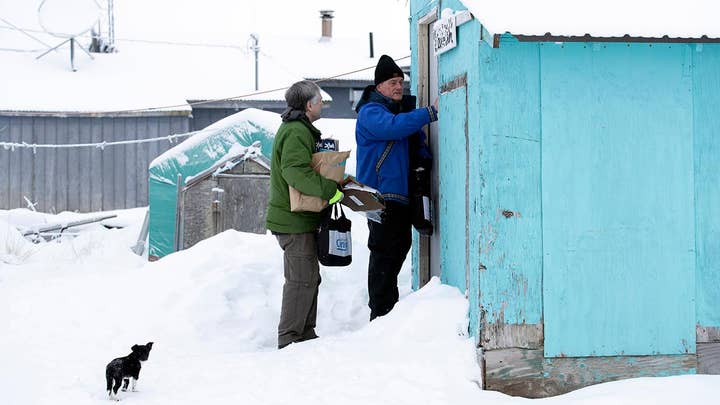 Ocasio-Cortez’s push for those in the country illegally to fill out the census is part of a broader fight over the census, which saw the Trump administration try to include a question on citizenship in the census.

That move was scrapped after the Supreme Court ruled against the administration, with Democrats claiming that even asking the question could spook illegal immigrants from filling out the entire census. The question however, did not ask whether a non-citizen was here illegally or not, just whether they were a citizen.

A number of Democratic states and localities, including New York and California, are estimated to have large numbers of illegal immigrants and the amount of funding they receive -- something determined by the census -- rests in part of how many of them they can get to fill out the form.

Trump in July last year accused Democrats of trying to “conceal the number of illegal aliens in our midst.”

This is part of a broader left-wing effort to erode the rights of the American citizen,” he said. “And it’s very unfair to our country.”