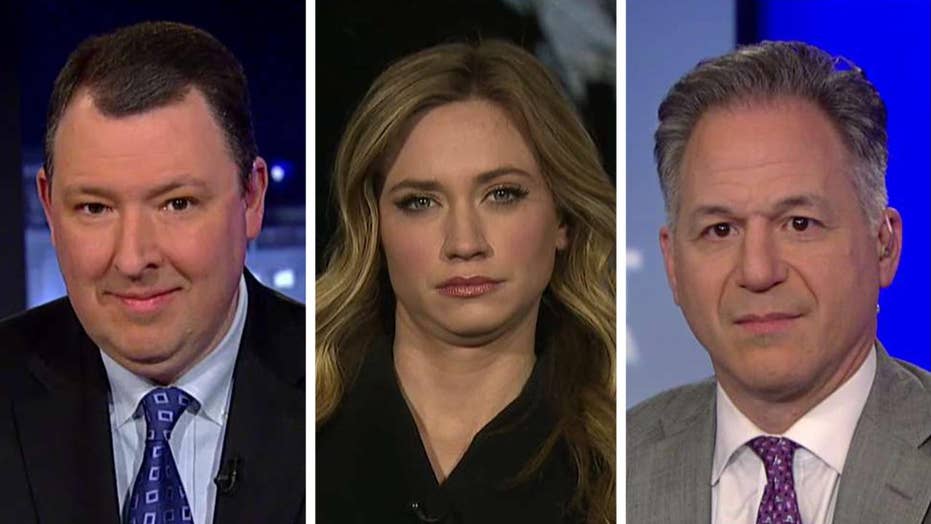 As details of the Green New Deal begin to emerge, it may lead to doom for the Democrats in 2020, American Enterprise Institute senior fellow Marc Thiessen argued Friday.

This week, Rep. Alexandria Ocasio-Cortez, D-N.Y., and Sen. Ed Markey, D-Mass., debuted their blueprint for a broad economic and environmental agenda that has been widely embraced by several 2020 candidates.

During the "Special Report" All-Star” panel, Thiessen -- along with Washington Free Beacon editor-in-chief Matthew Continetti and Washington Post opinion writer Charles Lane -- weighed on how the Green New Deal may affect both parties in upcoming elections.

Thiessen began by declaring that Ocasio-Cortez is the “greatest thing that ever happened to Donald Trump and the Republican Party.”

Lane expressed that it’s a “little overstated” for the Green New Deal to be a political dream for the GOP because the phrase itself polls pretty well, but conceded that Democrats who get behind the resolution will have to “defend a lot of hard-to-defend things.”

Meanwhile, Continetti told the panel that the Green New Deal may be “popular in the abstract” but will be “unpopular in the specifics.”

“I think it is intellectually dishonest because you have these grand plans, but you forswear nuclear power. There’s no way that we can even make a huge dent in our carbon emissions without embracing nuclear,” Continetti said. “There’s a sentence in Ocasio-Cortez’s document where she writes, ‘We’re going to guarantee economic security to people unable or unwilling to work.’ That would overturn the entirety of the American welfare state beginning with the New Deal. We’ve always provided for people who were incapable of working. She wants to say, ‘No, it doesn’t matter whether you’re capable or not. If you don’t want to work, we’ll take care of you anyway.’ This is a radical plan.”